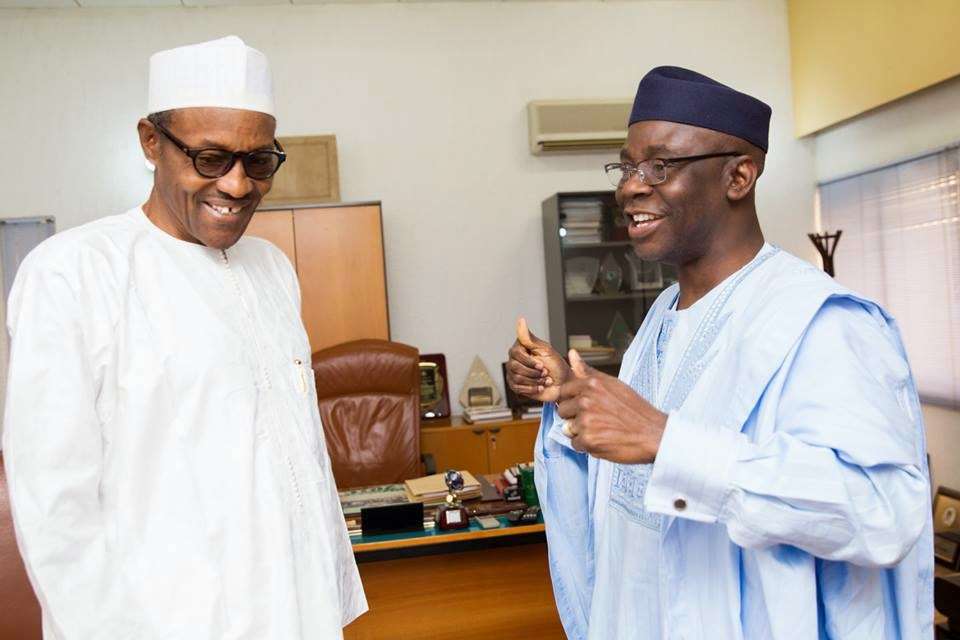 
Sooner or later, Tunde Bakare, fiery preacher and founder of The Latter Rain Assembly, will be running for president. This may be 2019 or 2023; it may even be 2027. After all, the man himself stated that in asking him to run, God had told him it would be done “at the appointed time”.

Still, we know Bakare is unlikely to run in 2027. By then he would be 73 — one more than President Muhammadu Buhari’s age when he assumed office in 2015. Given his Nigeria-needs-an-energetic-President comment in the heat of Buhari’s lengthy medical trip to the UK in 2017, and given his reputation as man of integrity whose word is his bond, we can mathematically calculate Bakare’s presidential chase to happen before 2027.

We can’t expect it to be 2023, either. If that was the plan, he would have ‘tarried a while’ before regaling the public with details of his private conversation with God, especially knowing that the man to whom he was vice presidential running mate in 2011 is all but set to seek re-election next year. By inference, in 2019, Bakare will (assumption purely mine) contest against the man he once described as “carrying a dimension of grace that if you deal with him, and betray him, you pay with your life”. A potential Buhari-ally-turned-opponent? What a twist!

GOD MUST BE LIVID
Bakare’s announcement of God’s mandate for him to run has been greeted with skepticism from no less a quarter than his immediate constituency, the Christendom. Many have asked: did God actually nominate the pastor as a future presidential aspirant? Some even quoted Bible passages — such as John 18:36, John15:19 and Luke 4:43 — supposedly separating religion from politics. But really, no one should doubt that God spoke to Bakare; no one — because God must be terribly wicked not to be worried about the state of the country under Buhari; God must be heartless not to be angry about the sufferings of his people in the hands of a man who was welcomed to office by enough goodwill to last a generation of presidents. If God is real, and he is not discussing the future of this country with some of his servants (if they exist), then there can no longer be any hope for Nigeria.

Take, for instance, the series of brutal killings in Benue State. Herdsmen have struck at least three of the seven days so far in the new year, killing close to 100 and displacing 40,000, yet it makes no meaning for the President to personally visit the state, have firsthand assessment of the crisis and offer soothing words to families of victims. His supporters would argue that his visit would not revive the dead, but nothing is more reassuring to the bereaved than seeing the country’s chief security officer visit affected zones and physically pledge his determination to halt the loss of lives. Meanwhile, the same President could embark on a train ride from Rigasa to kakuri, on the outskirts of Kaduna, to commission new rail vehicles for the Kaduna–Abuja train service. He chose an inanimate project — transport, business — over human life, and God must be livid.

SEARCHING FOR THE RIGHT LEADER
God must be tired of Buhari; and if in his wish for a better Nigeria he indeed chose Bakare, he probably must have figured an answer to the power of Nigerians to self-implode, to use their hands to alter their destiny for the negative. This is because majority of the electorate will never judge Bakare on the merits of his leadership strengths versus weaknesses but on the basis of his religion. His popularity with the pulpit will work against him when it matters most; there will always be talks that a Bakare presidency is an attempt to Christianise Nigeria. But is Bakare the kind of President Nigeria needs? Absolutely.

Ironically, his number-one disadvantage is also his strongest asset. Anyone who has founded or worked at a start-up will understand that building The Latter Rain Assembly to the internationally-acclaimed Christian centre it is today is no mean feat. What he lacks in political office holding he gains in honing his leadership experience over decades of raising his church.

He is a man who cannot be bought. Time after time, he has proven this. In 2010 when President Goodluck Jonathan offered a $50,000 ‘transport fare’ of a bribe to the visiting Save Nigeria Group (SNG), Bakare and co turned it down. In 2014, shortly before he turned 60, Coscharis Motors (believed to be acting on Jonathan’s instructions) sent him a Rolls Royce Phantom, but he rejected it, saying: “I saw a button. They said: ‘It is an umbrella, sir. It is on every door in case it is raining, you just push it and the umbrella comes out.’ I said: ‘Na wa o.’ Then I said: ‘Oya, leave this place.’ Where is the road that I will ride it upon? My heart is not in things like this.”

If truly we say we are tired of corrupt leaders, tired of seeing the same old faces who have dominated our political space for decades, of leaders lacking in integrity and moral presence, of ex-PDP-turned-APC leaders or ex-APC-turned-PDP leaders, of humble political-office aspirants who become arrogant after ascent to power, then we must, with a very open mind, welcome the likes of Bakare to the race. There are no guarantees that he would win; he admitted that much himself when he said God told him to “run”; he never said God assured him of victory.

Whether Bakare wins or not, his potential entry to the presidential race is big evidence of God’s anger that Buhari has ultimately flattered to deceive. This may help Buhari to take a long, hard look at himself and make the most of his remaining 16 months in office. Or it may mean that should he be booted out of office in 2019 on account of his poor performance, he would look back at a moment like Bakare’s ‘declaration of presidential ambition’ and say to himself: “God gave me a sign”!

Buhari and the aches in the heart of democracy