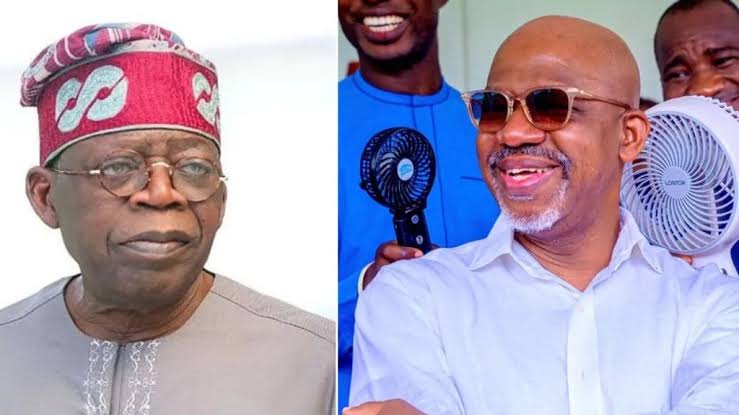 THE OGUN State government has said a post made by governor Dapo Abiodun via his Twitter handle was not in response to recent comments by a presidential aspirant on the platform of the All Progressives Congress (APC), Bola Ahmed Tinubu.

“I am not an emperor by any chance and this is not my family inheritance. I am holding this position in trust for all the people of this state and I have vowed to be fair, just and equitable and this is the solemn agreement I made between the Almighty God and myself,” Abiodun had said in a tweet after Tinubu listed him among those he helped to get into public office.

APC will deal with Tinubu over outburst against Buhari, says Adamu

2023: Buhari directs Tinubu, Osinbajo, others to work on consensus

My comments were grossly misinterpreted – Tinubu

It was believed that Abiodun’s tweet was in response to Tinubu’s comments but in a statement released on Friday, the Ogun State government said the governor’s post was only a reiteration of his message to party members on his birthday last week.

“For the avoidance of doubt, the tweet released this morning was an extract to re-emphasise the comments of Governor Abiodun to party faithfuls and appointees on May 29 during the celebration of his third year in office, which also coincided with his 62nd birthday.

“The comments could, therefore, not have been a response to comments by Asiwaju Tinubu whose visits to Abeokuta came five days later,” the statement said.

The post came a day after Tinubu, while addressing party delegates in Ogun State, said Abiodun would not have been governor without his assistance.

“We were at the stadium; they tore all his posters. Even the party flag, they didn’t want to hand over it to him. I was the one who brought it. If he wants to meet God at the right place, he must know that without God and me, he would not have become governor,” Tinubu said.

Tinubu noted that he expected those he helped to attain power in the past to support his 2023 presidential ambition.

Chat us on WhatsApp
Advertisement
Previous article2023: Did Sule Lamido, son and daughter win PDP primaries in Jigawa?
Next articleBuhari to attend ECOWAS summit in Ghana