For Monica Igbokwe, farming has never been as frustrating as it has been in recent times. As one with over thirty years’ experience, farming has always been more of a passion than business as a result of the apparent benefits derivable from it.

Apart from taking care of her family’s responsibilities, including paying children’s school fees, house rents and other bills, there is this fun and fulfilment associated with farming, not only at harvest time but even amidst the inherent labour and stress.

But all the euphoria has suddenly evaporated and is being replaced with frustrations, agony and misery, no thanks to Nigeria’s choking economy and its attendant consequences on the business of farming.

“To worsen the matter is the total neglect and abandonment farmers suffer in the hands of government and its officials. Before now, we hardly begged for farm inputs like seedlings, fertilisers and others. All these were more or less our entitlements.

How Niger women farmers help each other when banks fail them

“As if the neglect by government was not enough, incessant clashes between farmers and herders have further aggravated the situation, making farming a nightmare,” Igbokwe observed.

Igbokwe is a member of the Small Scale Women Farmers Organisation of Nigeria (SWOFON) and Coordinator of Nnewi South in Anambra State. She farms cassava, yam, cocoyam and other crops. 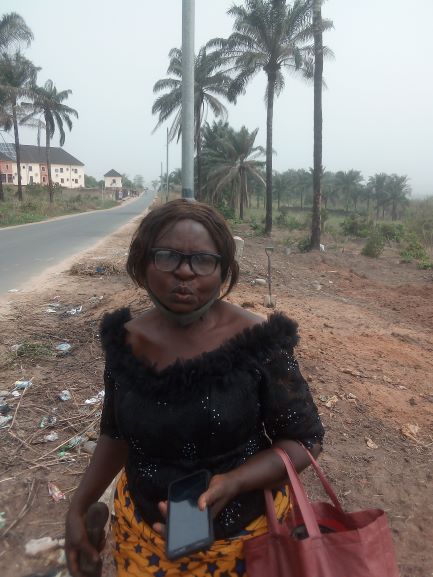 She said she would have long called it quits with the farm business, like several of her colleagues, if not for the love and passion she had for the profession.

Igbokwe, in the same vein, alleged that the assistance from the government was being diverted to those she described as political farmers.

Despite the enormous benefits derivable from agriculture, those engaged in it in Nigeria, particularly the farmers, have continued to suffer untold neglect and abandonment by the government at all levels.

The worst hit are the women farmers who are said to constitute over 70 per cent of the entire agricultural workforce.

These categories of farmers have not only been starved of essential materials for their businesses but also have become endangered species as a result of their vulnerability.

Among these disadvantaged women are the smallholder farmers who constitute about 60 per cent of the agricultural labour force.

This set of women farmers, under the SWOFON, have continued to decry total abandonment despite coming up with a charter of demands that were expected to address their numerous challenges. 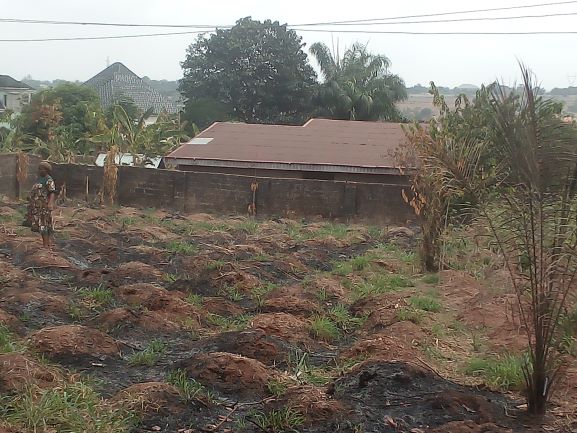 From the Office of the Governor, provisions were for Special Mandate Projects (Faith-based Micro Credit Scheme) and Sustainable Development Goals (SDGs) Project, while the Ministry of Economic Planning, Budget and Development Partners budgeted for State Programme on Food and Nutrition.

The provision by the Ministry of Trade, Commerce, Markets and Wealth Creation was only for Cooperative Credit Scheme.

The funds, according to the Branch Controller of the CBN in Awka Benedict Maduagwu, would stimulate the agricultural value chain, which incidentally remains one of the core pillars of the governor Willie Obiano-led administration.

Despite all these provisions, the women farmers in the state have continued to experience difficulties. 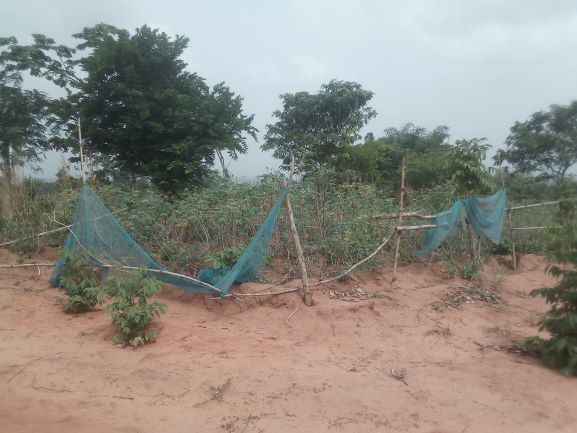 Those who spoke to The ICIR located at various communities across the state virtually had similar sorry tales, particularly with regard to accessing loans, financial aid or grants, either from the federal or state governments, including the Anchor Borrowers’ Programme (ABP).

They lamented the lack of necessary inputs such as fertiliser, agrochemicals, improved seeds and seedlings, among others. Those who said they were privileged to get some quantities complained about delays in accessing such incentives. They said most of the incentives got to them long after they were done with planting. The absence of machines and equipment, including tractors, tillers, planters, harvesters and other gender-friendly equipment, according to them, also constituted hindrances to their work.

Aside from these obvious lapses largely occasioned by government negligence, the farmers also decried incessant cases of herdsmen attacks, which had greatly affected food production in the area.

While some complained of destruction of their crops by the cattle which regularly grazed on their farms, others alleged cases of attack by the herdsmen while farming.

As regards infrastructure, the women said most of the roads leading to their farms were in deplorable conditions, thereby making it difficult for them to move their produce to the market. While some acknowledged construction of new markets by the government in their locations, others regretted that most of the existing ones had remained dilapidated. 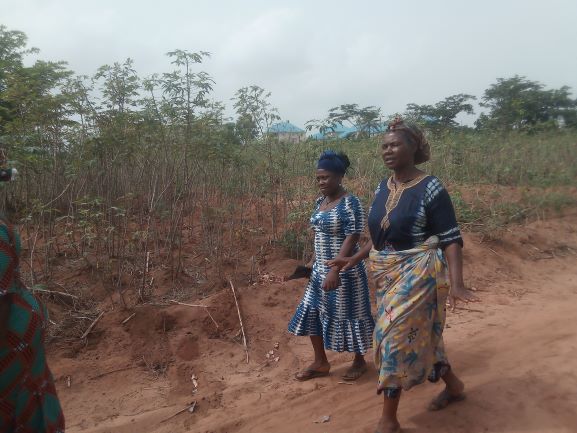 Perhaps, one major thing the majority of the farmers acknowledged receiving as assistance from the government is training. But they noted that the assistance was an exercise in futility, especially when not backed up with necessary equipment for implementation.

A farmer, Ngozi Obiajulu, whose farm is located in Ekwusigo, said farmers were yet to receive any intervention from the government despite several promises.

She said: “We have finished clearing the bush and waiting for the rain to fall so we can commence cultivation. We started ending of last year. Presently, we’ve cultivated some areas at the back of Okija.

“We’ve not got any assistance from the government. They promised us some inputs and money but we do not know what is keeping it. They should help us with fertiliser, cassava, okro and other inputs.”

She, however, said they would not fold their hands and keep waiting for the government considering the importance of their business to the society.

At Atani in Ogbaru Local Government Area of the state, Eunice Nduka said farming was greatly affected by climate change, which she said compelled them to engage the services of water tankers for irrigation.

She said: “In the past, we commenced clearing of farms for planting as early as February/March. But because of the delay in rainfall, we are not doing anything tangible because we started very late. This has compelled us to engage the services of water tankers to irrigate our farms. Otherwise, our crops could have dried up and died. The ugly situation has led to a hike in the price of foodstuffs. For example, a cup of garri now is N200, while 12 cups go for as high as N1,000.”

At Achina-Onneh in Aguata Local Government Area, another farmer, Eucharia Chinwendu, identified incessant attacks by herdsmen, including the destruction of their farms by cows, as their major predicament.

“As you see this road, which was initially a pathway, you will think that vehicles created it. Not at all, no car enters here. It is the cows of these Fulani that widened the road. Sometimes they enter our farms, damage and uproot our crops. Some of us who have been attacked by the herdsmen no longer go to the farm for fear of being attacked the second time,” she said.

She also lamented the effect of the COVID-19 pandemic on their business, especially in the area of finance, as it hindered the engagement of manpower. She, however, expressed hope for a brighter future.

Obiageli Onuma in Nnewi North Local Government Area of the state alleged diversion of inputs belonging to them to pensioners, an allegation the Programme Manager of Agricultural Development Programme (ADP), Ministry of Agriculture, Jude Nwankwo, dismissed as untrue, saying they might have bought the inputs from the farmers who got them free from the ministry.

Onuma urged those responsible for the distribution of the input to reach them at the hinterlands where the genuine farmers could be located.

“We are not less than 50 in our group who are into cassava, tomatoes, melon and ‘akidi.’ We have 25 hectares of land. If you look at this site, you will notice that it did not yield much because of the rain that stopped suddenly. Besides, we are compelled to turn the burnt weeds to manure owing to a lack of fertilisers. All these will affect our harvest greatly.

“We need tractors and manpower to clear the bushes and cultivate. We can engage the women to help us in weeding. We also need chemicals to spray in the farm so weeds will not grow,” she added.

A male farmer, Emma Okeke, attributed the food scarcity challenges in the South-East to herdsmen attacks.

He said: “Everyone cultivated enough farmlands. So many cooperatives have their various farms. But these herdsmen will carry their cows and enter the farms, uproot the cassava, and use it to feed their cows. If you dare come near them, they will harass you.”

He alleged that some of the traditional rulers had been compromised by the herdsmen.

Reacting to the alleged negligence of women farmers in the state, the ADP boss refuted the claims, insisting that women remained the most beneficiaries of government inputs and other facilities.

He revealed that the Ministry was among those with the largest chunk of the budget despite the dwindling economy, but regretted what he described as scepticism among farmers over certain government programmes which, he said, contributed largely to their inability to access the government’s assistance.

“I am aware of the SWOFON, but I believe all the women in the state, whether members of SWOFON or not, are our farmers as long as they are into agriculture. We do not discriminate. Ask them if they know about ADP, extension services and the officers in charge of their areas. You do not sit at home waiting for manna to fall. Gone were the days manna fell from heaven. Most of these things are free and some subsidised.

“Mind you, you do not expect everyone to be singing praises of the government. But it will be foolhardy to see the good things the government is doing and still be criticising.”