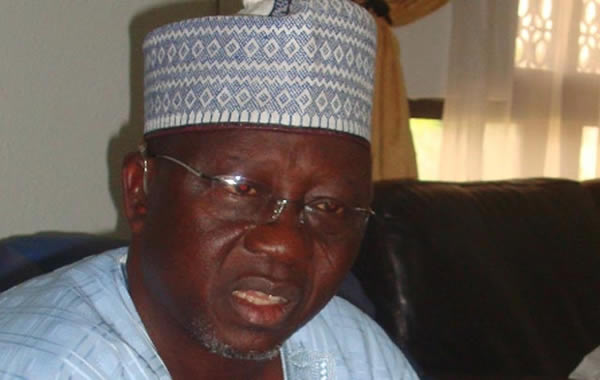 A concerned group known as the Nasarawa State Concerned APC (All Progressive Congress) members has berated Governor Umaru Tanko Al-Makura not to divide the state
along religious lines.

The Chairman of the group, Nathaniel Isa Nathaniel gave the warning at a press briefing in Lafia, Tuesday.

He accused the governor of prejudice against his deputy, Dameshi Luka Barau, saying the governor has been looking for opportunity to impeach his deputy because he went on pilgrimage to Israel in the president’s entourage.

The chairman also said the governor was infuriated when he saw on the television, the deputy governor together with the president at the Living Faith Goshen church.

Nathaniel described the suspension of the deputy governor on Monday for faulting the decision of the National Executive members of the party to block executive bills as laughable and devoid of rational reasoning.

“If the APC directed her legislators at the National Assembly to block the 2014 budget because they are in majority at the lower chamber and the APC in our state is excited about that, one might wish to ask; how many members does APC have in the NSHA? Should the PDP who control 19 out of 24 legislators in the House of Assembly direct their
legislators to block the state budget that is before the state Assembly? Whose interest should those in authority serve? Their political parties or the people?”he querried.

Nathaniel however, accused the state government of sponsoring an EXCO from the deputy governor’s ward to betray him.

He said: “It is a disgrace that poverty has become an asset in Nasarawa State. It is regrettable that the government had to pay an innocent ignorant young man from the ward to betray the deputy governor in a so called letter of complaint which the party wrote for him in Lafia.”

According to him, six out of seven members of the EXCOS from that ward did not know anything about the letter nor did they sign it. They have been on air
disassociating themselves from the ignorant betrayer who is wondering
what to do with the money he has been given.

Nathaniel added that “common sense, reasoning and conscience have been thrown away in exchange for hatred, falsehood, and political rascality that is fast gaining the ascendancy in the state.”

He dared any attempt by the state interim leadership of the party to expel the deputy governor stressing that they gave their lives to build the party from scratch and would not allow intruders to destroy their work.

The group however, declared its loyalty to the APC and refused to be drawn into the governor’s personal war against the president of the Federal Republic of Nigeria.

Panel Dismisses All Charges Against Al-Makura

No Quarrel With My Deputy- Gov Al-Makura