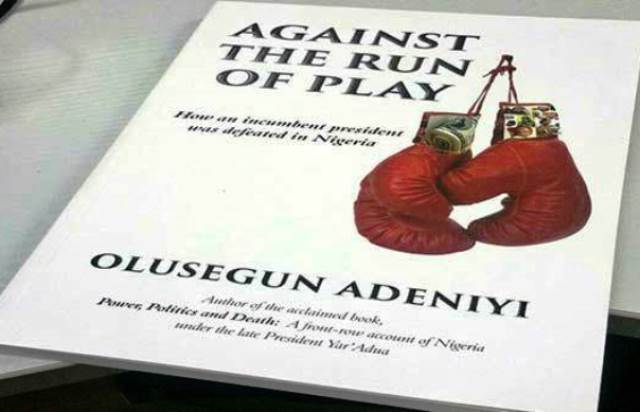 The Reproduction Rights Society of Nigeria, REPRONIG has raised the alarm that hackers have made electronic copies of Against the Run of Play, a book recently published by a former spokesperson  to late president Umar Musa Yar’Adua, Segun Adeniyi.

A statement by the Chairman of Board of REPRONIG, Olu Obafemi, a copy of which was obtained by ICIR reporter said Adeniyi has cried out that hackers had succeeded in breaking the code to the online edition of the book.

The statement said that hackers have made electronic copies of the book freely available on the various social media platforms barely 48 hours after the formal presentation of the book.

While calling on relevant government agencies to address the incident with the seriousness it deserves and investigate the circumstances surrounding the act, Obafemi also demanded for a prosecution of any defaulter under the relevant sections of the Cybercrime Act of 2015, the Copyright Act and other extant criminal legislation.

REPRONIG condemns this act and is particularly worried that unless this trend is nipped in the bud, it portends grave danger for the book industry and the creative sector in Nigeria.

This incident again underscores the need for Nigeria to immediately pass the draft Copyright bill to address, amongst other things,cases of online copyright infringement.

“The country should also ensure the early ratification of the various copyright treaties, particularly the WIPO internet treaties addressing the peculiar problems in the digital environment, the Beijing Treaty to enhance the protection available to audiovisual performers as well as the Marakesh Treaty to give the blind, visually impaired and print disabled better access to printed materials” he said.

Adeniyi’s “Against the Run of Play”which details intrigues and politics on the corridor of power around the 2015 presidential election and other political issues has been met with mixed reactions from members of the society.

Findings by ICIR reporter revealed that a copy of the book is being sold by hawkers in Abuja at the rate of N10,000.

Advertisement
Against the run of playFeaturedHackersSegun Adeniyi