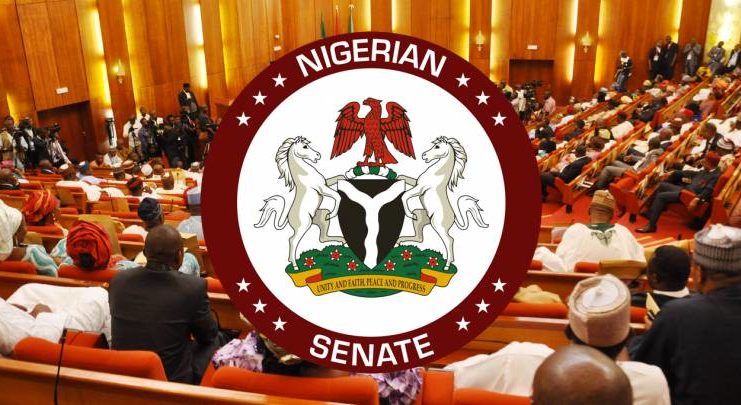 THE SENATE, on October 12, bowed to pressure from Nigerians by reversing its earlier opposition on electronic voting.

The upper chamber made provisions for electronic transmission of election results in the proposed amendments to the Electoral Act.

The Senate made the U-turn after passing a bill titled ‘Recommittal of amended clauses of a bill for an Act to repeal the Electoral Bill 2021 and enact the Electoral Act 2021.’

Among other provisions, the bill amended clauses in Section 52 of the Electoral Act Amendment Bill, which deals with electronic transmission of results.

In a break from its earlier position that the Independent National Electoral Commission (INEC) should obtain the permission of the National Assembly and the Nigerian Communications Commission (NCC) before election results could be transmitted electronically, Section 52 in the amended bill passed by the Senate now reads: “Subject to section 63 of this Bill, voting at an election and transmission of results under this Bill shall be in accordance with the procedure determined by the Commission, (INEC) which may include electronic voting.”

The ICIR reports that the development followed intense pressure from Nigerians who are demanding a more credible electoral process.

Section 52 in the report of the Senate Committee on INEC had originally read: “The Commission (INEC) may transmit results of elections by electronic means where and when practicable.”

However, following reported rejection of electronic transmission by the ruling All Progressives Congress (APC), the Senate, on July 15, passed an altered clause which stated that the NCC, with National Assembly approval, would determine whether INEC could transmit results electronically or not.

The Senate arrived at the decision after 52 APC senators voted to oppose electronic transmission at the sitting on July 15.

Some Peoples Democratic Party (PDP) senators stayed away from the crucial vote, thereby paving the way for the Senate to dump electronic transmission, despite the decision of the party to back the transmission of election results through electronic means.

The rejection of electronic transmission by the Senate was widely condemned by Nigerians who had since then continued to pile pressure on the lawmakers in a bid to have the decision overturned.

In rejecting electronic transmission, the APC senators had claimed that Nigeria lacked the capacity to transmit election results through electronic means.

However, The ICIR reported that operators of Nigeria’s telecommunications sector contradicted the lawmakers.

Telecoms operators, who spoke with The ICIR in separate interviews on July 16, including Chairman of the Association of Licensed Telecom Operators of Nigeria (ALTON) Gbenga Adebayo, had said that the level of telecommunications infrastructure and network coverage available in Nigeria at the moment could effectively sustain electronic transmission of election results across the country.

Adebayo stressed that the telcos were ready to deploy their services for election coverage once NCC gave them the go-ahead.

“There are no concerns and no worries at all. The industry is prepared,” Adebayo had told The ICIR.

Hassan noted that the report on the 2019 presidential poll provided compelling evidence on the need for electronic transmission of results in Nigeria.

“In Nigerian elections, you can win during voting but lose during collation. Electronic transmission will take away the power of the returning officers to influence the election process,” she added.

Other members of the civil society piled pressure on the APC-led Senate over the rejection of electronic transmission.

“The APC knows they are unpopular and that is why they are not supporting electronic transmission of results,” Lead Director of the Centre for Social Justice Eze Onyekpere declared in an interview with The ICIR.

For the Executive Director of Civil Society Legislative Advocacy Centre (CISLAC) Auwal Rafsanjani, the politicians who opposed electronic transmission were those wishing to rig elections.

“With electronic transmission, there will not be any case of results missing on the way or snatching of ballot boxes,” he said, adding, “Any politician that does not want that to happen is planning to rig election.”

National Publicity Secretary of the PDP Kola Ologbondiyan disclosed the plan to query the senators in an exclusive interview with The ICIR on July 27.

“As a party, we have not ascertained why they (senators) did what they did but what we have done so far is we have decided to meet with them by calling a meeting of members of the National Assembly with the National Working Committee to demand the reasons for the actions taken by some of our members in respect of a very prominent decision of the party which is that all members of the party must vote in support of electronic transmission of results,” Ologbondiyan said.

One of the PDP senators that stayed away on the day of the voting was a former minister of aviation Stella Oduah.

Oduah had since defected to the APC, confirming suggestions that her decision to ‘dodge’ the vote was linked to her ongoing prosecution by the Economic and Financial Crimes Commission (EFCC) before an Abuja Federal High Court for allegedly misappropriating N5 billion while serving as minister.

The ICIR also reported how two former governors of Abia State who are currently members of the Senate – Orji Uzor Kalu and Theodore Orji – were confronted by their constituents over their role in the rejection of electronic transmission of election results by the Senate.

Kalu, a member of the APC who is currently Senate Chief Whip, had, while voting against electronic transmission, claimed that there was no mobile telecommunications network in his hometown, Igbere, a suburban town in Abia State.

Orji was among the PDP senators that stayed away on the day the Senate voted on the subject.

Their constituents, through the Abia League of Professional Initiatives (ALPI), issued query letters to the former governors.

Kalu was asked to explain why he voted against electronic transmission while Orji was asked to state why he was absent from the Senate on a day a crucial decision that would affect his constituents was to be taken.

The ALPI said the two senators failed to represent the interests of their constituents who voted them into the Senate.

The constituents specifically accused Kalu of lying when he claimed that there was no telecommunications network in his hometown.

“Orji Uzor Kalu uses his phone in his hometown; he does online banking from his village,” Convener and National Coordinator of the Abia League of Professionals Initiatives Sonny Iroche said.

The pressure on the Senate intensified after a Professor of Political Economy Pat Utomi, on September 22, revealed that a political movement that was to be unveiled in a few weeks time would insist that there would not be any election in Nigeria if there was no provision for electronic transmission of election results.

Utomi also said the movement would present a draft new constitution for Nigeria.

In a development that was seen as a confirmation of the APC’s concerns over electronic transmission, in the September 4 local council elections in Kaduna State where results were transmitted by electronic means, Governor Nasir El-Rufai lost to the PDP in his Unguwan Sarkin 001 polling unit, even though the APC – the ruling party in the state – won in 15 local government areas.

With the Senate’s reversal of its earlier rejection of electronic transmission, it is now certain that a provision for transmission of election results through electronic means would be included in the harmonised Electoral Act Amendment Bill which the National Assembly would forward to President Muhammadu Buhari for assent into law.

The Electoral Act Amendment Bill passed by the House of Representatives on July 16 had given INEC the powers to determine whether or not to transmit election results by electronic means.

Section 52 (2) of the Electoral Act Amendment Bill passed by the House of Representatives read: “Voting at election and transmission of results in this Bill shall be in accordance with the procedure determined by the Commission.”

Chat us on WhatsApp
Advertisement
Previous articleAll political parties have national headquarters in FCT, but offices are empty
Next articleYou must end reliance on oil now, Adesina tells Nigerian government