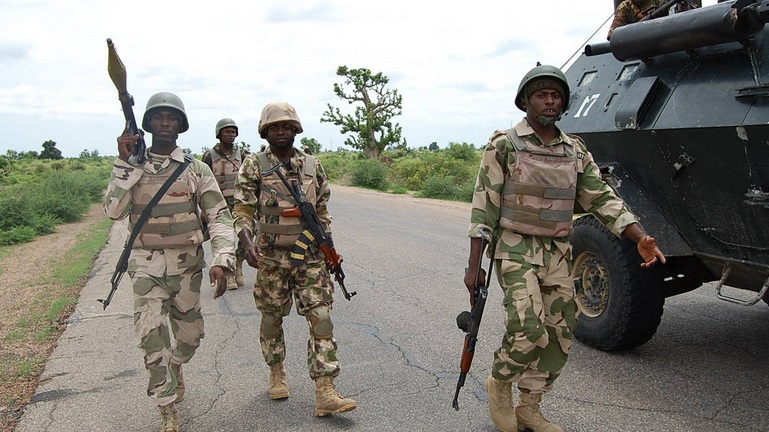 Nigerian soldiers have raided a building in Maiduguri, Borno State, where personnel of the United Nations are being housed.

According to Premium Times, the raid was prompted by allegations that weapons were being smuggled into the building.

Consequently, the UN has temporarily suspended all its humanitarian activities in the state.

The search of the UN building happened a day after rumours went wild on social media that Abubakar Shekau, the wanted Boko Haram leader, was taking refuge in the said building.

Soldiers arrived the rented building known as Red Roof, which also serves as a hostel for UN workers in the city, at about 2am on Friday.

A UN official who pleaded anonymity told journalists that the soldiers said they had intelligent information from the Department of State Security (DSS) that some suspicious activities were going on in the massive building, which is well fortified with high fences.

“The soldiers came at about 2 a.m. and surrounded the entire area around the UN building. And at about 3 a.m., they demanded that they wanted to go into the building to search for arms.

“But the UN officials denied them access, insisting that it was against their policy to allow armed soldiers invade their offices or buildings, especially at such odd hours of the night.”

The soldiers had said they had information that arms were being ferried into the Red Roof building in large, wooden boxes.

But the UN source who spoke to journalists dismissed the allegations.

“We all know there was nothing like that because the containers that they were referring to were building materials which the UN is using to upgrade or build some structures sitting the acquired property,” he said.

“Presently the property serves as a place of accommodation for all the UN humanitarian workers in Maiduguri. When the soldiers wanted to force their way into the property, the security men had to lock the gate.”

The source said the soldiers were later allowed to enter the building by 7 am.

“They searched the entire building and found nothing. The soldiers later withdrew from the area at about 7.45 a.m,” he said.

Ahmed Shehu, a civil society leader in Borno State, who arrived the building early at dawn, condemned the soldiers’ action, saying: “Whatever may be the soldiers’ reason, the invasion was not a good indicator for security.”

Shehu added that a meeting of all civil society organizations in the state with UN officials would hold later in the day, and an official statement would be issued.

Onyema Okechukwu, spokesperson of the military command and control centre in Borno state, was not available for comments as his phone was switched off.