I don’t see anything wrong with Nigeria borrowing, says auditor-general of the federation 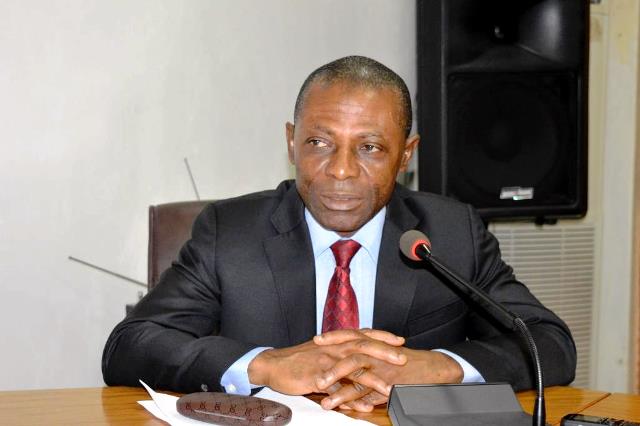 
Anthony Ayine, Auditor-General of the Federation, says there’s nothing wrong with Nigeria’s current rate of borrowing, since it is still within the minimum international benchmark.

He said this in an interview with Punch on Saturday, adding that what Nigerians should be interested in is why the government is borrowing and how the borrowed funds are being utilised.

According to Ayine, since the borrowings are meant for capital projects and provision of critical infrastructure, then it is fine.

“Borrowing as a concept is not wrong; it is utilisation of the borrowed funds that is the critical aspect that people should be concerned with,” Ayine said.

“If you are borrowing to address infrastructural problems like the present government is doing, if you are not borrowing for consumption, I don’t see anything wrong with the borrowing.

“I think people are only looking at the figures being borrowed as huge, but if you look at the international yardstick for borrowing, what is the relation of borrowing with our Gross Domestic Product?

“Recently, during the budget analysis by the Minister of Budget and National Planning (Udoma Udo Udoma), it was shown very clearly that we were at around 2.4 per cent as compared to the minimum international benchmark of three per cent, meaning that we are still fine.

“So the questions we should be asking before getting worried is: Is the Federal Government borrowing to consume or to address critical infrastructure like power and roads?”

Ayine added that the role of the office of the Auditor-General with regards to government borrowing is to “look at the purpose of the borrowing and the terms of borrowing, whether they are favourable to the country or not”.

“So at the point of auditing, we are going to see whether the funds were used to execute the projects they were meant for.

“If there is any red flag at the stage of auditing, we can then raise the alarm, draw the attention of the government if there is any diversion and make recommendations,” he said.

On June 6 this year, Yemi Osinbajo, Acting President, wrote to the Senate seeking approval for a $1.5 billion loan, which he said was part of the 2016-2018 external borrowing plan of the federal government and would be used for projects in 10 states.