Ibarapa crisis in the face of media abundance— 4mins read 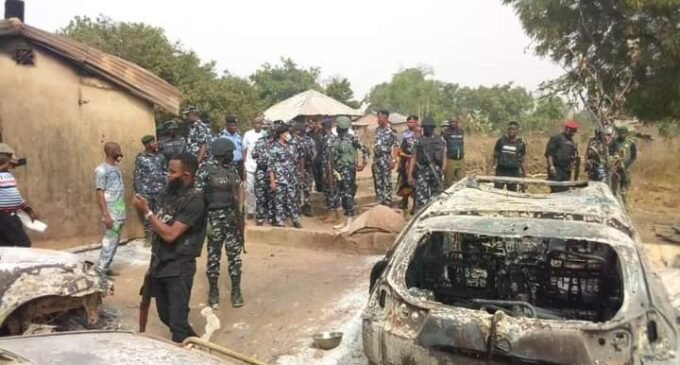 NOT known to be a protégé of any ‘big’ political dynasty in Oyo State as such, suddenly, Seyi Makinde manifested prior  2015 governorship election. He began by handing out scholarships and other forms of empowerment to indigent people of Oyo State. From Ibadan, the reach extended inwards into other parts of the state. Branded vehicles ran everywhere announcing Makinde.

Oyo people familiarized by the day.

For the rest of us not resident in Oyo State, the billboards probably did the magic. We were curious and sought to know more. The private radio stations for which Ibadan has since come to offer a supportive nursery bed of some sort, complemented the billboards. The people reckoned, and properly too. The then Ajimobi government knew clearly the people were reckoning. It could not pretend too. Indeed, the government attack against the radio station owned by the Tungba dance maestro, YinkaAyefele, earned Makinde more sympathy, among other repercussions. Whatever was the reductionist disposition of the ‘constituted authority’ folks in Oyo State finally fizzled out. Seyi Makinde swept them off. Seyi Makinde forces of the fringes have mainstreamed.  Media of all sorts, online and offline, coalesced in favour of Seyi. Seyi needs no further conviction on the power of the media. Media made him and filled his cup of joy, as they say. But for how long will this ecstasy endure? Will they wait till they pay double the price of their predecessors as warned by historian?

When he assumed the governorship position of Oyo State, many, including yours sincerely, was excited about Seyi Makinde in a way.  I quickly moderated it knowing the usual ways of Nigerian politicians. Maybe I should be particularistic with the politicians of the Southwest. Be it known to them all: the people, and I mean their voters now have several derogatory names for them. And the labels are registering fast with us all. We shall come back to these labels in due course.  The Ibarapa crisis have probably given the highest decibel to the discomfort deriving misgovernance and even lack of governance.

Unluckily for the political class, the internet technology, has liberalized peoples’ access to information. So what? A lot, really. Till date I haven’t encountered that story anywhere else.

It was the story of a young agripreneur in Ibarapa area of the state.  She recounted her tragedy to a an Ibadan based broadcaster who was farsighted enough to upload the video online. It goes thus: The female agricscience graduate of the University of Ibadan still resident in Ibadan with the retired parents had set up a farm in Ibarapa area. On a particular weekend the boyfriend joined her in Ibadan and they both travelled down to the farm. When they were done in the evening, they set out to return.  The journey ended abruptly with some marauders’ violent intervention. The Fulani herdsmen signaled a violent stop order. But who would heed such? Trying to speed away, the daring devils dashed forth and hauled bullets on the couple’s car. The driver was the target and they got him. He fell leaving the car to drift uncontrollably. The guy had died. The killers moved in and dragged the lady out of the car. Thus began her kidnapping experience. It didn’t matter to the Fulani herdsmen that this poor lady had just lost her partner who could probably have been saved.  Her confessed malaria condition notwithstanding, the ultimate ransom was their concern. She received beatings of her life as she was marched through forest thickets and rivers with her hands chained to avert any possible escape attempt.  This self-motivated farmer spent days before the daredevils struck a deal with the father who had to personally bring the ransom in exchange for his dear daughter.  The follow-up burdens are better imagined: How will the tragic news of her boyfriend be broken? Will she go back to the farm? Who can guarantee future safety?

So deeply, the tragedy sank into me. It did so much as I ruminated over my recent trip through some section of Ibarapa stretch some months back. I needed to see a friend in both Oyo and Okeho same day. Fate can hand out life and death challenges sometimes, just believe it. I had my share that weekend. I, therefore, left Lagos for Oyo and later headed for Okeho from Oyo. Returning to Lagos was inevitably via Igbo Ora to Abeokuta from where I could “easily” connect Lagos. If you plan to be in Abeokuta from Okeho and you don’t make up your mind by 4.00 pm. you may as well forgo it. The road from Okeho to Abeokuta through Igbo Ora is afairly good road even as it had been built by the government of the Awolowo premiership days. On both sides of the road were cultivated lands brimming largely with food crops like plantain, yams, cassava and assorted vegetables and fruits. Once in a while, we encountered Fulani ladies selling ‘wara’.  Their sight did not portend any fear or danger then.  But the thought of those encounters these days…

How can you be emotionally strong after reading the supposed tribute written by one of the sons of Dr Fatai Aborode, an American returnee farmer, to the father after Dr Aborode’s gruesome murder, allegedly by the Fulani herdsmen.  I got the said tribute after watching the video of Team Sunday Igboho’s threatening visit to the Seriki Fulani of Igangan. Dr Aborode’s son was painfully declarative asserting “…Nigeria is not home…Nigeria cut your life short, Nigeria ruined your dreams and didn’t let you reap the fruit of your labour! Nigeria wouldn’t find your killers; Nigeria is not home!”

Any more damning or worse, hell remains to be let loose in Ibarapa, after the two tragedies cited here? Surely, Oyo State government officials couldn’t have missed all these. And if they did and chose to ignore it, their conscience must be out of this world. How can anyone predict who may be the next victim of the raging disturbance with its unpredictable space and time manifestations?

The submissions and subsequent interpretations including locally contextualized versions of the scholars who asserted the centrality of media and communications in the multi-track diplomacy are not far-fetched.  No stronger evidence of this was the timely public argument of a foremost peace and conflict resolution scholar, Prof Isaac Olawale Albert, published by Cable, an online newspaper.  The timely, multistakeholder approach prescribed by Albert, perhaps,  did not seem to bear any strong appeal for the SeyiMakinde government.  The cost of the crises thus ballooned freely.  Apparently preferring the populist option, the governor took his time to devise his own mitigation design.

But which crisis allows for vacuum? A parallel leader has since emerged in the person of Sunday Igboho.  Igboho, unlike Makinde of the government house, has been feasting on the incidence of media abundance of this age, even with seeming territorial influence extending beyond Oyo, that they both belong.

Makinde can’t be luckier with Ibadan being home to Nigeria’s foremost conflict resolution scholars and practitioners well appreciated continent-wide and beyond. His reckoning for experts in his neighbourhood unmistakably needs immediate reinforcement.

Tunde Akanni, PhD, is a media and conflict expert based at the School of Communication of the Lagos State University. Follow him via: @AkintundeAkanni