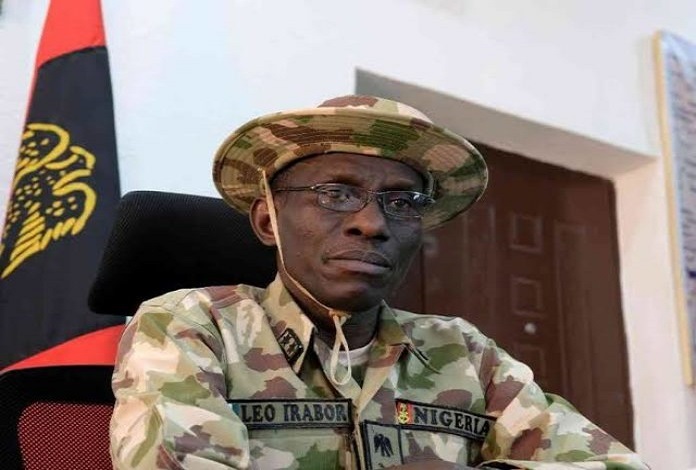 Nigeria does not have official register of missing persons – Minister

THE Chief of Defence Staff (CDS) Lucky Irabor has denied a report by Reuters which accused the Nigerian Army of carrying out secret, illegal abortions on pregnant victims of terrorism in the North-East.

While responding to questions on the issues raised by the report at the State House ministerial briefing on Thursday, December 8, Irabor described the report as nonsense and untrue.

Mosquitoes: there’s malaria, plus 5 other diseases they pass on to humans

“That is outright nonsense. Their allusion is news to me. It never occurred. I never saw anything like that from Maiduguri down to Maimalamari Cantonment where I lived; that is a major hospital for our personnel and their family. I am disappointed, to say the least. So it is not true.

“I was informed by the Director of Defense Information about a mail from Reuters requesting an interview with me. And he gave me a letter written by one Alexander making allegations that have now been published by Reuters. I simply said he should go back to the person and answer their questions but I’m not going to dignify such a report,” he said.

The ICIR reported that an investigation published by Reuters had indicted the military for running a secret program that has ended at least 10,000 pregnancies without the consent of the women involved who had been kidnapped, raped or forcefully married to terrorists in the North-East.

Reuters reported that the victims, some as young as twelve, were deceived into taking pills and injections that ended their pregnancies under the false assurance that the medication was to restore health.

Some women who resisted were beaten, threatened with guns or drugged into compliance. Reuters also noted that the operation had been running since 2013 and resulted in many casualties.

But the CDS said that an email sent to him by Reuters before the publication pegged the number of abortions at 12,000, which was different from what was published. He cited this as a pointer that the report was fabricated.

“You’re saying the military since 2013 has been engaged in a planned abortion programme. And he said that is part of the government’s design. In that letter, he said that 12,000 abortions have been conducted. But in the published report, we saw ‘at least 10,000’ ” he said.