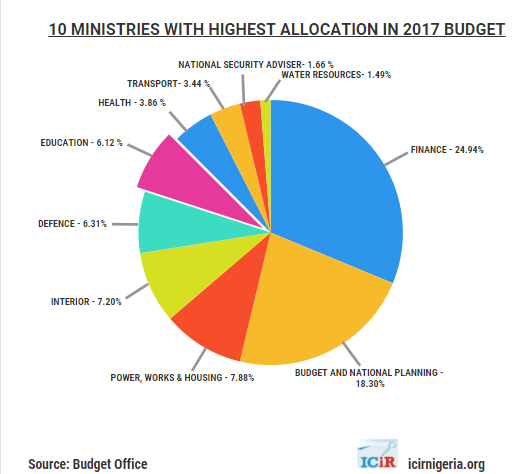 Allocation to education in the 2017 budget is just about six per cent of the budget. This is extremely poor, seeing that poor funding is one of the causes of decline in education standards.

Looking at the overall allocation to different ministries, education occupies the sixth position, with the ministry of finance, budget and national planning accounting for almost half of the entire budget.

Surprisingly, the largest allocation of the budget goes to the Debt Management Office (DMO) and Service Wide Vote.

The allocation to the DMO is justified by the the country’s rising debt profile. Within the first three months of this year, Nigeria has spent a total of N513bn billion on debt servicing.

The Service Wide Vote in the budget is mainly to pay for the pensions and entitlements of public and civil servants. It also covers unforeseen exigencies on which the President can spend money at his discretion.

The United Nations Educational, Scientific and Cultural Organisation (UNESCO) recommends that every country should allocate at least 26 per cent of its budget to education. Not only is Nigeria wide off the mark, there are no guarantees that allocation to eduction would reach double figures anytime soon.. 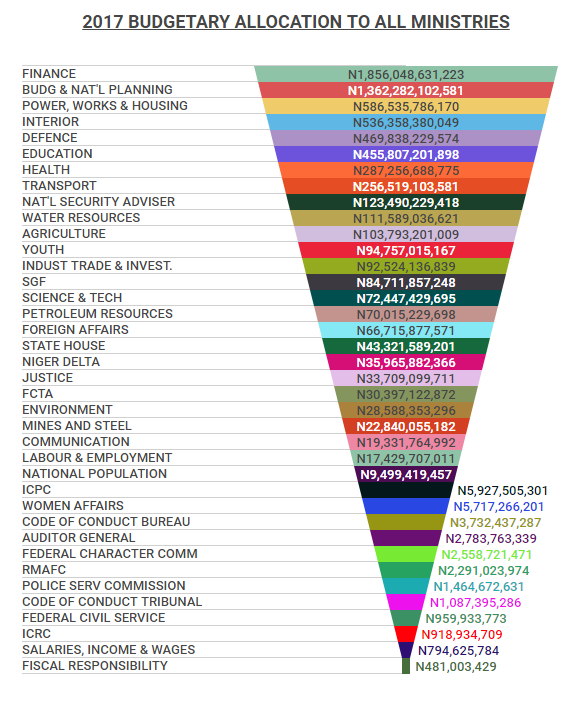