Jibrin to Buhari: Don’t let Dogara get away with the falsehood in his biography 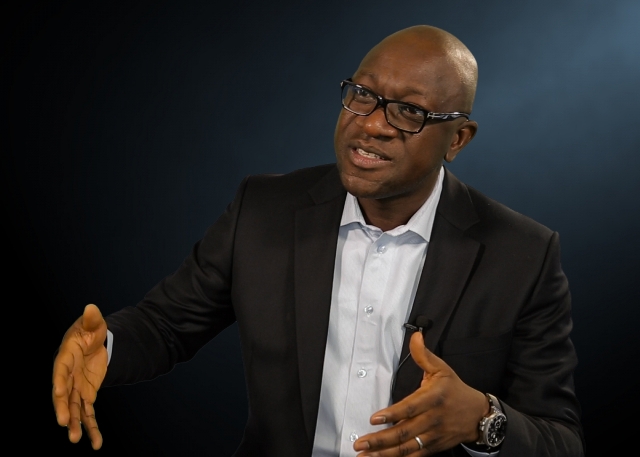 Abdulmumin Jibrin, suspended former Chairman of the Appropriations Committee of the House of Representatives, says President Muhammadu Buhari has never met with him over the budget padding allegations he made against Yakubu Dogara, Speaker of the House.

Jibrin, who made this known in a series of tweets of Thursday, called on Buhari to “make clarification if indeed such event ever took place”.

He was replying to comments attributed to Dogara in his biography, written by Dele Momodu and set to be presented to the public on December 22.

The biography, titled ‘A Reed Made Flint’, claimed that after Jibrin had accused Dogara and other principal officers of the house of budget padding, Buhari met him and warned him never to raise such arguments again if he had no evidence to substantiate his claims.

“Although Hon. Jibrin himself had subtly blackmailed Mr President on a Channels TV interview, he still managed to get some elements in the security services to ferry him before Mr. President where he made the allegations of padding against us,” Dogara was quoted as saying in the book.

“As a principled and experienced leader that the President is, he sought to know where the other leaders of NASS were when the budget was padded by just four leaders of the house.

“That was how the lying cowards left him and never returned. They dare not mention anyone in the Senate or the House Leadership when every informed person knew that no position on any aspect of the budget can be taken without the concurrence of the Senate.”

But in his reply, Jibrin said: “Mr President is known for his integrity and disdain for lies. It will be in the public interest if he respectfully makes clarification if indeed such event ever took place. It will be a huge disservice to the country if Speaker Dogara is allowed to get away with such falsehood.

“Moreso that Mr President wrote the forward to the book and by implication giving some validity to such falsehood against himself as well.

“After writing 3 letters to Mr President seeking audience without response, I gave up. I did my best and left everything to the anti-graft and security agencies.

“The false allegations in the book has left me with no choice than to speak out as my last resort to clear such lies.

“It will be unfair to me if we allow Speaker Dogara in continuation of his witch hunt against me after keeping me illegally away from the House for 15 months to use the name of Mr president in his expensive image laundering in an attempt to clear himself of any wrongdoing.”

Jibrin said he had been in court for the past 15 months challenging his illegal suspension from the House. He called on Buhari “to appeal to Chief Justice of the federation on our behalf for speedy dispensation of justice in this matter of utmost national importance”.

“We challenged the suspension in court with an originating summons. It’s a constitutional matter. The case has been in court for 15 months,” Jibrin said.

“A similar case in respect of Sen Ndume was dispensed with within three months by the court! We don’t want to believe something is wrong.”

VIDEO: It’s a baby boy for Nigerian migrants who fell in love at Libyan cell

I did not approve new set of guidelines on media accreditation, says Saraki