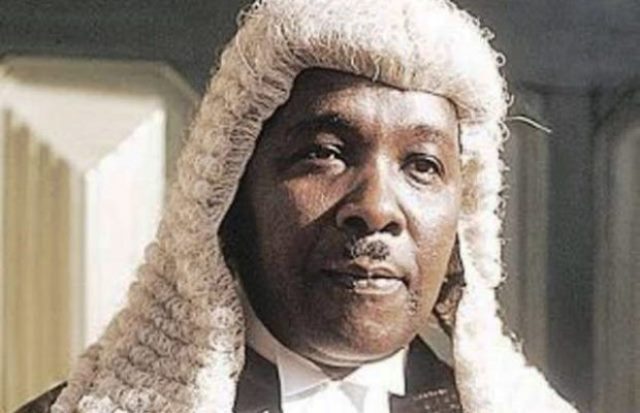 Justice Adeniyi Ademola, One Of The Seven Senior Justices Arrested By The Department Of State Security, DSS, Over Allegations Of Corruption, Resumed Sitting At The Federal High Court In Abuja On Monday.

Another justice of the FHC, Nnamdi Dimgba – whose house was raided by the DSS, but was not arrested – also presided over court session on Monday.

The DSS said it had followed due process in embarking on the operation against the judges, claiming that the Service had enough evidence to prosecute the judicial officers for corruption.

Huge amounts of money in various currencies were said to have been recovered by the DSS at the Judges residences after they had conducted searches.

However, the National Judicial Council, NJC, condemned the DSS’ action, describing it as an affront to the principle of separation of powers as enshrined in the constitution.

The NJC insisted that no judicial officer may be subjected to arrest by any security outfit in the country without the approval of the council.

The council also noted that the actions of the DSS have left judicial officers prone to attack by criminals who may attack them under the guise of being security officials.

Justice Ademola also wrote a letter to the Chief Justice of Nigeria, Mahmud Mohammed, alleging that the Attorney-General of the Federation, Abubakar Malami, was the one behind his ‘persecution’.

Ademola said that Malami was out to take revenge on him over what transpired between them years back in Kano state.

He sought the permission of the CJN to commence a lawsuit against the AGF and the federal government.