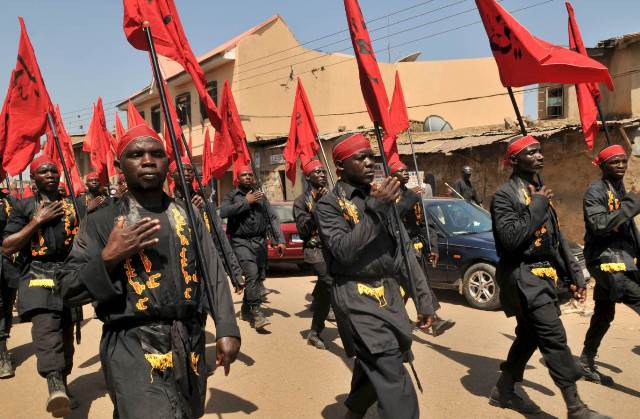 The Kaduna State Government has officially declared the Islamic Movement in Nigeria, IMN, as an unlawful society, and has warned members of the public against attacking the group..

In a news conference on Wednesday, Samuel Aruwan, media aide to Governor Nasir El-Rufai, said that the state government upholds religious freedoms and the constitutional rights of every resident to practice the religion of their choice.

He added, however, that government also “has a duty to declare unlawful any group that threatens peace and security.”

Aruwan pointed out that government has an obligation to preserve security and uphold the rights of all citizens both to practice faith and not be imperiled or be distressed by the way others exercise their faith.

Recall that the Muhammed Garba-led Judicial Commission of Inquiry, set up by the state government to probe the clash between the IMN and the Nigerian Army, had recommended that the Shiite group be proscribed.

According to Aruwan, government “solemnly declared unlawful a specific group that continues to threaten public order in the state.”

“The IMN was never a registered organization and it refused to conduct itself with full adherence to the laws of this state.”

He noted however that “Other groups in the Shia tradition are active in Nigeria” and are “free to practice their creed without injuring the rights of others.”

“Kaduna state has suffered and endured too many calamities, triggered by persons and groups that insist on foisting their faith or political preferences on others.

It is a hallmark of civilization that every assertion of rights by a citizen is done with full acknowledgement of, and respect for the rights of other citizens,” Aruwan said.

He however warned against individuals or groups taking matters into their own hands and attempting to confront the sect should they choose to disregard government’s directives.

The governor’s spokesman said: “No citizen or group of persons can decide to disobey a valid law, without expecting that law enforcement will do its work.

“We have warned that mob action will not be permitted under any guise. The duty of every citizen is to report every illegal action or suspicious activity to the security agencies” he maintained.

By Bankole Abe and Omolola Pedro DEBT collectors for many loan apps in Nigeria exploit...

THE Supreme Court has reserved judgment in a suit filed by President Muhammadu Buhari...

A LEBANESE engineer has been kidnapped by gunmen in Owo, the headquarters of Owo...