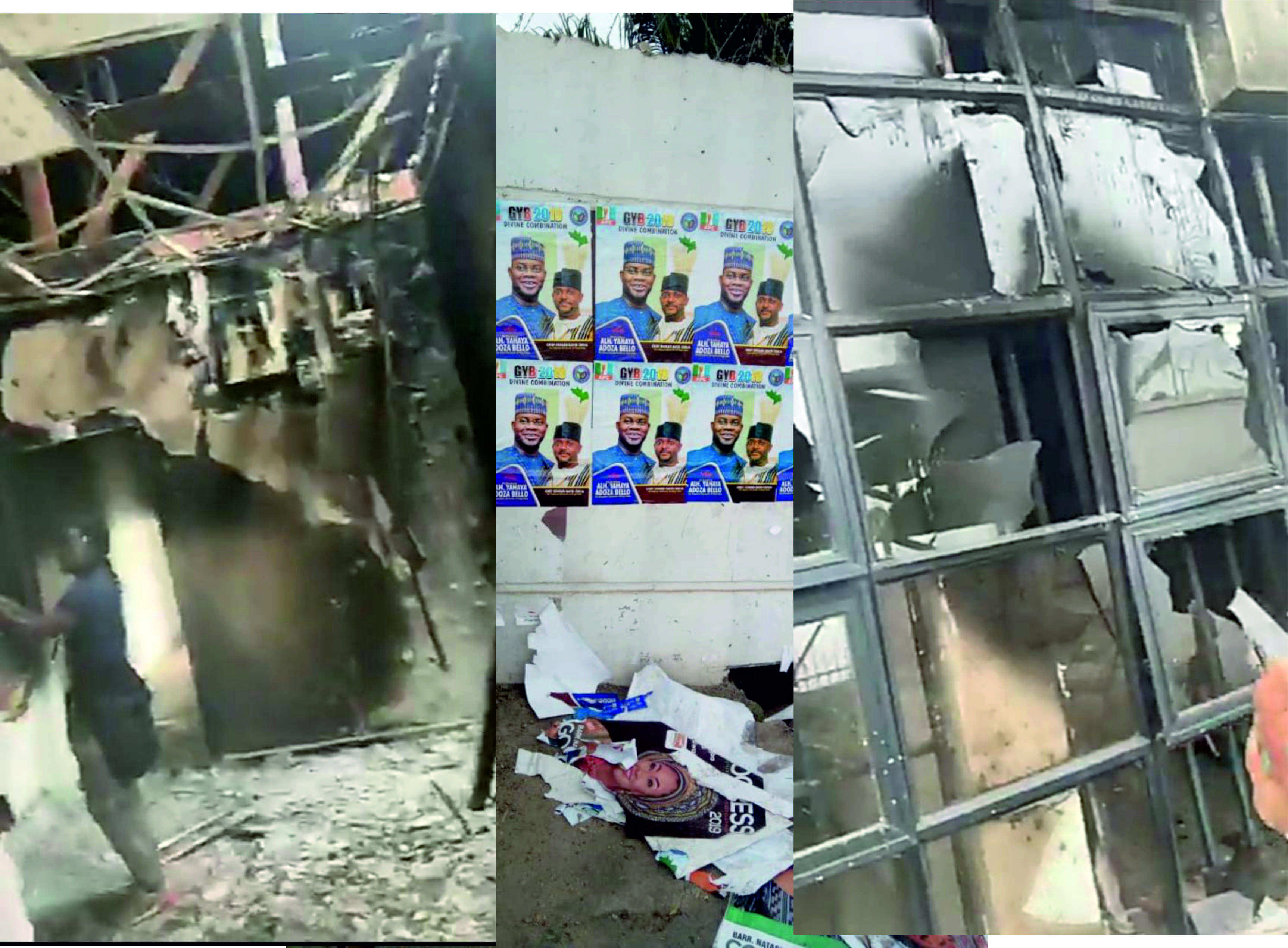 Akpoti said at about 11 am thugs sent to SDP’s secretariat destroyed properties, tore her posters and replaced them with Bello’s.

According to her, she received a call at 12 midnight, that the Secretariat earlier vandalized was on fire which made her notify the Nigeria Police Force, Nigerian Army and the Department of State Securities.

Akpoti alleged that while the military men tried to put out the fire but could not do so because of the numbers of APC thugs present at the scene allegedly carrying machine guns.

She said her security detail could not go close to the scene because they saw the police vehicles armed with officers carrying heavy guns.

The SDP candidate added that the Kogi state Commissioner of Police, Hakeem Busari was also in support of Yahaya Bello’s action because he was present at the scene of the incident but did not do anything to stop it.

People’s Democratic Party (PDP) had called for the removal of the commissioner over allegations of bias on the buildup of the elections.

She also accused Bello of threatening to kidnap and kill her while she campaigns through the state.

“Yahaya Bello owes me the protection of lives and property as the constitutional oath of office he took,” she said, noting that she has information about the governor’s plan to kidnap and kill her during her tour of the state.

The ICIR contacted the Kogi Police Public Relations Officer, Williams Ovye Aya who said he is not aware of the incident because he has been busy with the security logistics of the election and promised to confirm and call back but has not till the time of publishing this report.