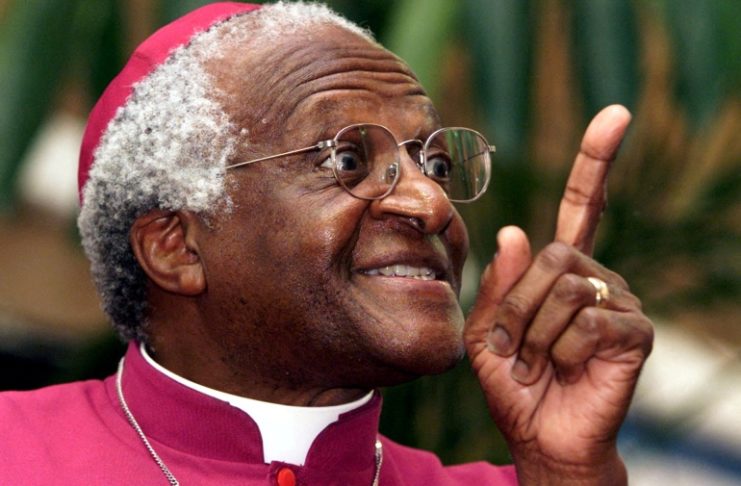 Tutu was an anti-apartheid icon and Nelson Mandela’s contemporary. He was one of the driving forces behind the movement to end the racial segregation and discrimination (apartheid) policy enforced by the white minority government against the black majority in South Africa from 1948 until 1991.

HIS JOURNEY INTO PRIESTHOOD

He was ordained a priest in 1960. Tutu served as bishop of Lesotho from 1976-78, assistant bishop of Johannesburg and rector of a parish in Soweto. He became bishop of Johannesburg from 1985 to 1986 and then the archbishop of Cape Town from 1986 to 1996, in both cases as the first black African to hold the position. He was appointed the first black archbishop of Cape Town the following year. He used his high-profile position to speak out against the oppression of black people in his home country and was always saying his motives were religious and not political.

He was awarded the Nobel Prize in 1984 for his role in the struggle to abolish the apartheid system.

In addition to the Nobel Prize, Tutu received numerous honours, including the U.S. Presidential Medal of Freedom (2009), an award from the Mo Ibrahim Foundation that recognised his life-long commitment to ‘speaking truth to power’ (2012) and the Templeton Prize (2013).

In 1995, South African President Nelson Mandela appointed Tutu head of the Truth and Reconciliation Commission, which investigated allegations of human rights abuses during the apartheid era.

He was also credited with coining the term ‘Rainbow Nation’ to describe the ethnic mix of post-apartheid South Africa. But in his later years, he expressed regrets that the nation had not merged into a united country.

In 1997, Tutu was diagnosed with prostate cancer and underwent successful treatment in the U.S. He was readmitted to the hospital at various times to address the cause of recurring infections. Nevertheless, he remained in good spirits.

Tutu had been in ill health for years. In 2013, he underwent tests for a persistent infection, and he was admitted to the hospital several times in the following years.

In a statement confirming his death on Sunday, Ramaphosa expressed his condolences to Tutu’s family and friends, calling him ‘a patriot without equal.’

“A man of extraordinary intellect, integrity and invincibility against the forces of apartheid, he was also tender and vulnerable in his compassion for those who had suffered oppression, injustice and violence under apartheid, and oppressed and downtrodden people around the world,” Ramaphosa said.

“…another chapter of bereavement in our nation’s farewell to a generation of outstanding South Africans who have bequeathed us a liberated South Africa”. Ramaphosa said.

Tutu was one of the country’s best-known figures at home and abroad.