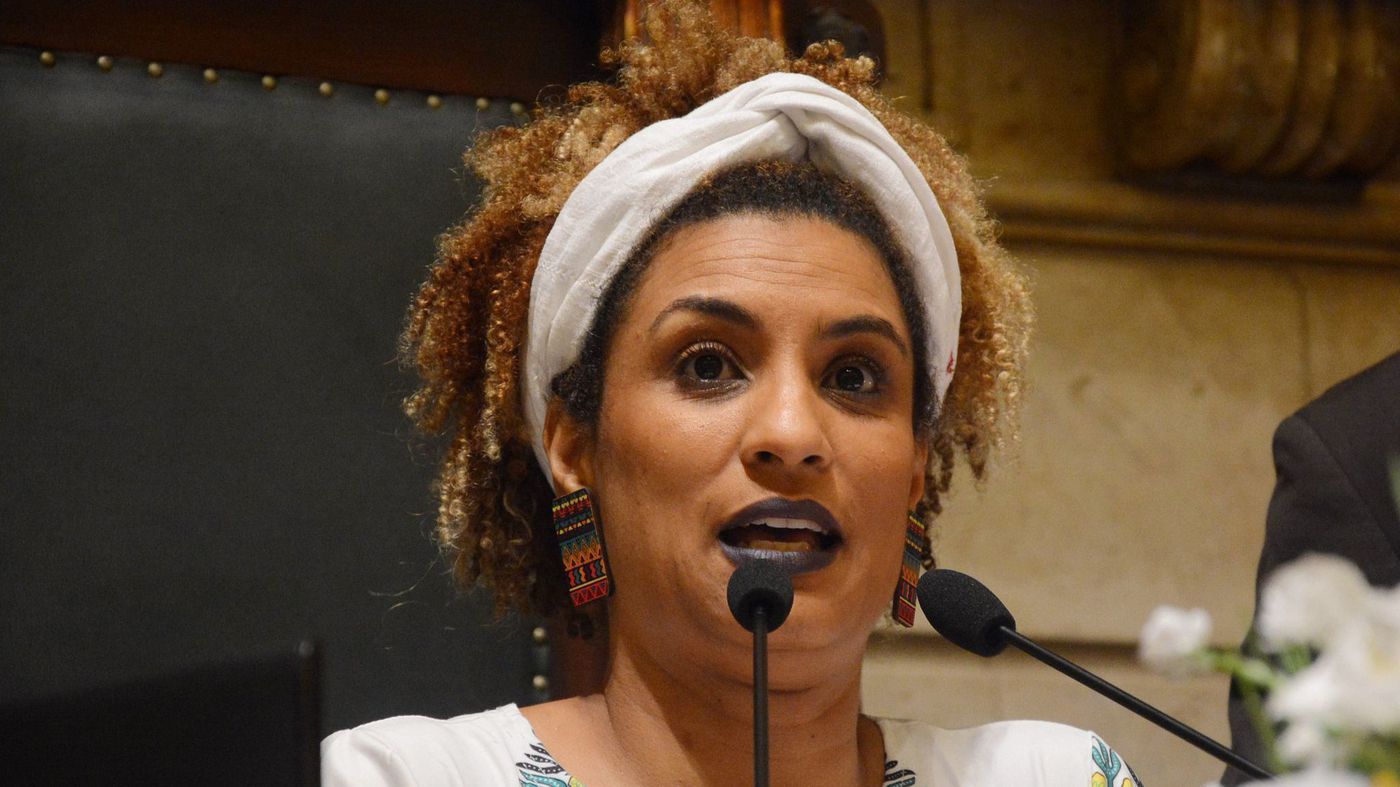 Marielle Franco, a female black politician, has been shot dead along with her driver by two men in what appears to have been a targeted assassination.

Franco, 38, was a groundbreaking politician who had become a voice for disadvantaged people in the teeming favelas that are home to almost one-quarter of Rio de Janeiro’s population, where grinding poverty, police brutality and shootouts with drug gangs are routine.

Los Angeles Times reports that as of Wednesday, she organised a rally where she urged demonstrators to push for better treatment of black women.. Hours later, she was dead, gunned down along with her driver as they travelled through the city’s downtown.

Police said two men fired nine shots into Franco’s car and sped off. Franco’s driver, Anderson Pedro Gomes, was also killed. A press officer sitting next to her in the back seat was injured.

Civil Police Chief Rivaldo Barbosa declined to release details of the shooting and said no motive for the attack had been established.

Franco was a gay black woman who defied the odds of Rio politics to win the fifth-highest vote count among council members when she was elected in 2016.

During her almost 15 months in office, she presented 16 bills, two of which became law — one regulating motorcycle taxis, an important means of transportation in Rio’s favelas, and one targeting City Hall contracts with social health organizations, which are often subjects of corruption investigations.

The day before her death, Franco sent out a tweet questioning the action of police in a homicide.

“Another homicide of a young man that could be credited to the police. Matheus Melo was leaving church when he was killed. How many others will have to die for this war to end?” she wrote.

Her party also pointed to her vocal disapproval of a particular military police unit, which she called the “battalion of death”.

“Marielle had just denounced the military police’s brutal and truculent operation in the Iraja region of the Acari community,” the Socialism and Liberty Party said in a statement. “We demand an immediate and rigorous investigation of this heinous crime. We will not keep quiet!”

Franco’s death reverberated across the city and beyond as thousands of people gathered at rallies, expressed their outrage on Twitter and wept openly in public. Several human rights organization suggested the shooting was political and was an attack on those who push for improved rights in Brazil. Activists urged authorities to investigate the slaying as an assassination. 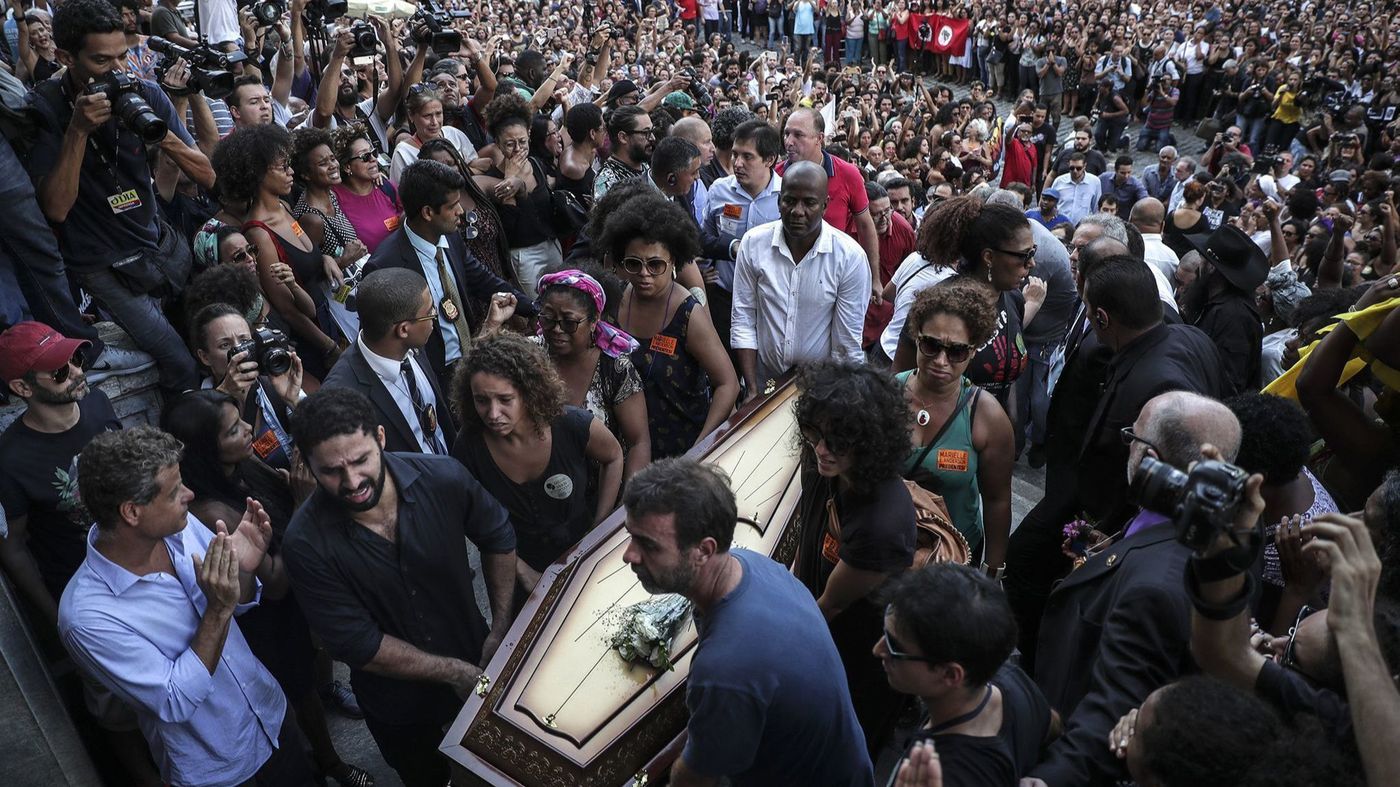 On Thursday afternoon, crowds gathered outside Rio de Janeiro’s council chamber chanting “not one step backwards” ahead of a ceremony in honour of Franco inside. Many wept as her coffin was carried inside.

The spontaneous demonstration brought together union members, feminists, leftists and residents of the city’s poorer communities.Protests and memorials were quickly arranged in Rio, São Paulo, Brasília and other urban centers, hashtags such as #MarielleFranco, #MariellePresente and #NãoFoiAssalto (“It wasn’t a robbery”) began to trend on Twitter, and Brazilians adopted a new online rallying call: “Marielle, present, now and forever!”

“Another dead black woman,” wrote Adriana Vasconcellos on a Facebook event page for the protest in São Paulo. “They kill us in every way, when they murder our children, when they arrest and murder our husbands, when they silence us. But we will not keep quiet. We will keep screaming, denouncing and fighting.”