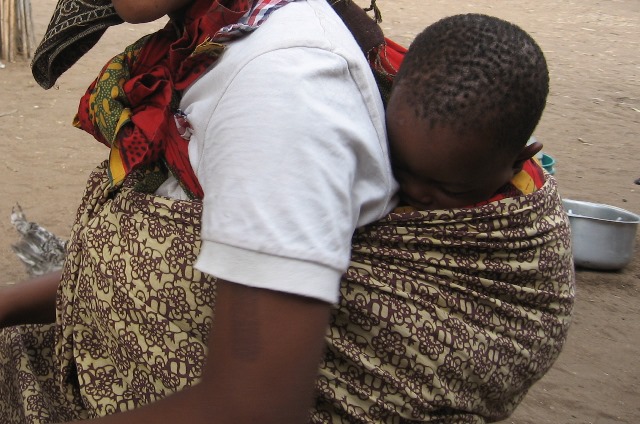 The Defence Headquarters, DHQ, has raised an alarm on a new tactic being adopted by female suicide bombers in the North East in order to evade detection by security operatives.

A statement issued on Friday by the acting director of defence information, Rabe Abubakar, has it that the attackers, usually teenage girls, now strap babies to their backs in order that security personnel may ordinarily pass them for innocent nursing mothers.

Abubakar noted that “the two recent suicide bomb attacks in Madagali, Adamawa State are instructive in this regard.”

“The DHQ wishes to seize this opportunity to appeal to members of the public to be patient and cooperate with the military and other security agencies while carrying out thorough security search and checks as the essence is to nip in the bud the murderous intention of the Boko Haram suicide bombers,” the statement read in part.

The defence spokesman also explained that “the usual traffic ‘go-slow’ at military and security check points as a result of rigorous security checks are not meant to cause public discomfort or a deliberate action to induce traffic disruptions on our roads, but an effort put in place towards protecting the lives and properties of our innocent citizens.”

He urged members of the public to always “volunteer useful information to the military and other security agencies that would assist in exposing Boko Haram and their evil machinations in our society and to make our communities safe and secure for all to live.”