Nigeria, ‘African giant’ plods slowly in the race to test for coronavirus

NIGERIA ranks 31st on the African continent for the coronavirus disease (COVID-19) tests per one million population out of 55 countries affected by the disease.

As of April 27, data from the National Centre for Disease Control (NCDC) shows that 11,426 persons have been tested of COVID-19 in Nigeria; this is representing 0.006 percent of the about 200 million population in the country, coming behind 30 countries on the continent.

While testing remains critical, public health officials across the world, including the World Health Organisation (WHO) have linked the importance of testing of the pandemic to quick identification of cases, quick treatment for those people, immediate isolation to prevent spread, and identification of persons who came into contact with infected people so they too can be quickly treated, two months after the first case was confirmed, Nigeria is not still testing enough.

Tedros Ghebreyesus, WHO Director-General, announced this recommendation in March.

“We have a simple message for all countries: test, test, test. Test every suspected case. If they test positive, isolate them and find out who they have been in close contact with up to 2 days before they developed symptoms, and test those people too,” he said.

The NCDC has 15 molecular laboratories activated with the capacity to test for COVID-19, nine of which were created in the last one month.

Analysis of COVID-19 testing data from Worldometer across Africa reveals that Nigeria is not among the first 20 countries in Africa that have tested the highest percentage of their population. 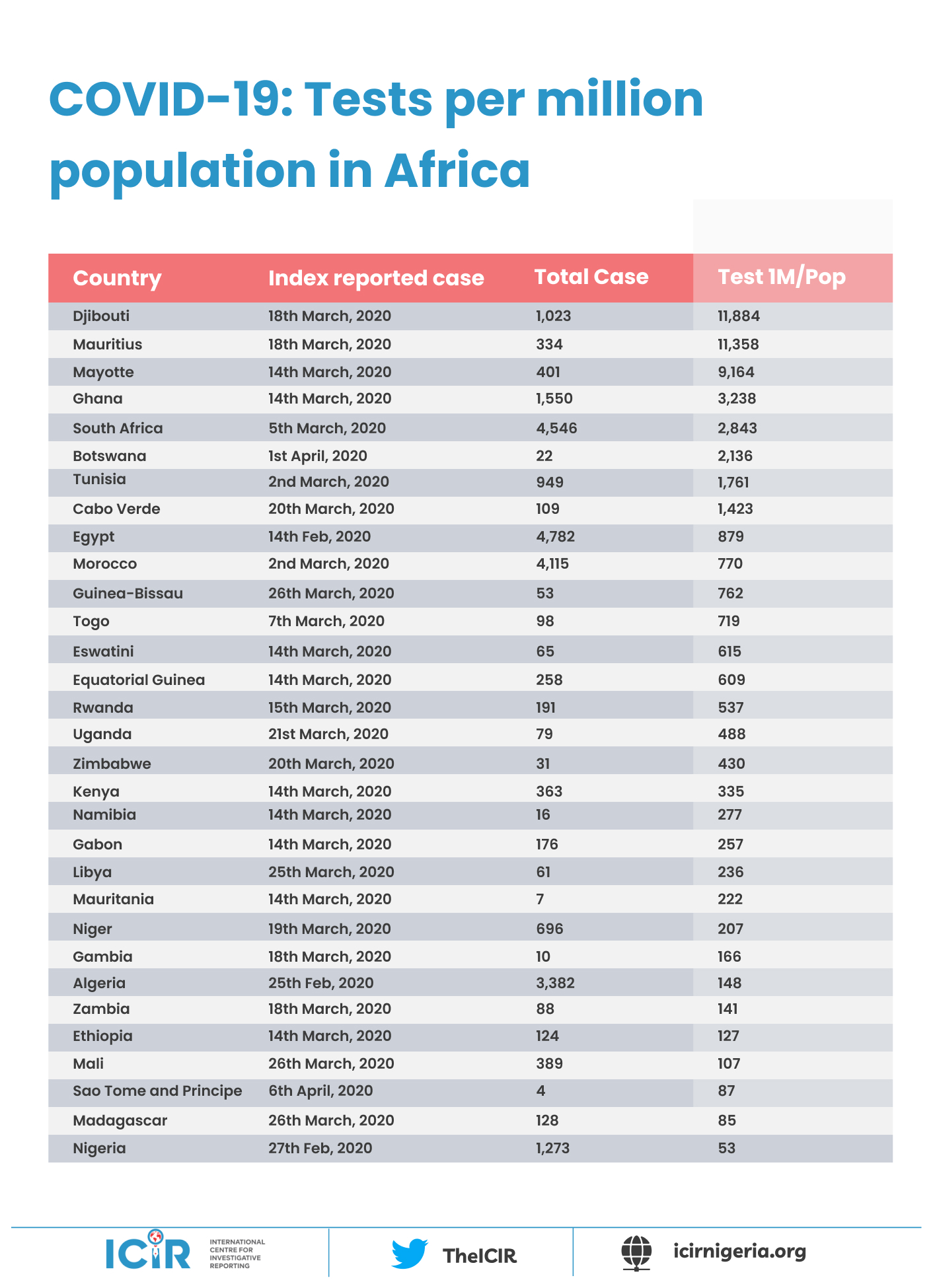 Chat us on WhatsApp
Advertisement
Previous articleHow Ile-ife residents are coping with the lockdown against all odds
Next articleREPORT: Nigerian Journalists who knew about Kyari’s role in MTN scandal yet kept quiet