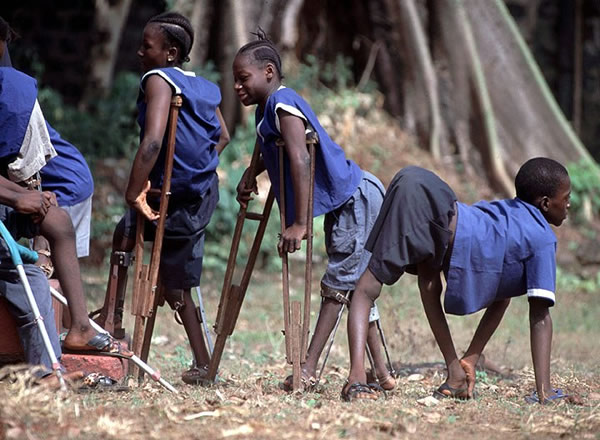 The federal government on Monday signed a Memorandum of Understanding, MOU, with the Japanese government for a $85 million dollars (N1.38 billion) loan to facilitate its dream of stamping out polio from the country this year.

Minister of Health, Onyebuchi Chukwu, explained during the ceremony that the signing of the MOU was an important milestone for the country and that the loan would be used to purchase vaccines.

“It is my hope that with the loan, polio will be interrupted this year,” Chukwu said.

He said Nigeria would not be the last country to eradicate polio, pointing out that government had taken steps to ensure that all children were immunised.

Nigeria Country Representative, Bill and Melinda Gates Foundation, Mairo Mandara, said the country had made progress in polio eradication due to political support shown at every level.

She said the loan will provide financial stability to the programme by fully funding oral polio vaccine for about 18 months from the time it is executed.

Mandara also gave kudos to religious and traditional leaders for the crucial part they played in polio eradication, saying the foundation would repay the loan to the Japanese government with the principal and interest after would it would have executed the project.

The loan is also intended to be a useful tool for the federal government to help improve immunisation coverage rates in areas that need additional support to stop transmission.

“After Nigeria has executed the loan agreement, the foundation will commit to repay the loan to Japan on behalf of Nigeria if the required immunisation coverage rates are met,” Mandara said.

Earlier, Japanese Ambassador in Nigeria, Ryuichi Shoji, said their financial contribution would build a robust bridge for Nigeria to achieve the goal of polio eradication.

Shoji noted that the government of Japan had partnered with Nigeria for 14 years in the area of polio eradication.

He said the loan of $85 million would have preferential interest rate of 0.2% per cent and will be utilised for procurement of polio vaccines for children under five years of age.

He held that polio eradication in the country would benefit other countries because as long as a single child remained infected, children in all countries were at risk of polio.

WHO confirms new strain of contagious coronavirus with no…