THE National Association of Resident Doctors in Nigeria (NARD) has suspended its 10-day-old strike.

The decision followed marathon meetings between the Federal Government and the doctors on Saturday, April 10.

NARD had embarked on the strike on April 1 to compel the government to meet its demands, some of which included payment of salaries of its members that had been withheld for months and increase in hazard allowance for all medical practitioners in the country.

NARD’s decision to embark on strike was contained in a communique issued after its extra-ordinary National Executive Council meeting in Abuja on March 28.

The group also issued another communique at the end of its virtual extraordinary National Executive Council (NEC) meeting on the 7th April, 2021.

President of the association Okhuaihesuyi Uyilawa confirmed suspension of the strike to The ICIR on Saturday evening.

Decision to end the strike followed the signing of a new agreement to address issues leading to the strike between the Federal Government and NARD on Saturday.

The agreement was the second to be signed by the parties over the strike within 11 days. 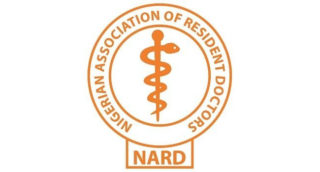 NARD and the Federal Government had signed an agreement on March 30, requesting that the doctors suspend the strike so the government could address their demands, but the appeal by government was not heeded.

Rising from first leg of the meetings on Saturday, April 10, Minister of Labour and Employment Chris Ngige said a new memorandum of understanding was signed between NARD and the government, which was expected to result in suspension of the strike.

He said a committee had been set up to look into irregularities in the payment of the doctors salaries among other issues.

According to him, some of the doctors’ demands would be accommodated in the 2021 supplementary budget of the Federal Government.

Ngige said other health unions and representatives of government would meet on April 14 to accelerate the implementation of the new agreement.

The ICIR had reported on April 6 how NARD vowed to continue with the strike, claiming government had failed to convene any meeting with its leadership.

The strike affected at least 74 public hospitals across the nation, including those owned by federal and state governments, crippling services.

NARD is one of the groups through which medical doctors in Nigeria relate with the public and their employers.

Ngige’s gaffe came after he had threatened the striking doctors with ‘no work, no pay’ on Friday March 2.

The ICIR had reported on Thursday, April 1, how President Muhammadu Buhari relaxed and enjoyed quality, accessible, affordable and uninterrupted health services in London, while doctors in Nigeria grounded the country’s public hospitals.

The ICIR had reported on March 14 how rift between two medical groups in the country denied house officers three months salaries across tertiary health facilities in the country.

One of the doctors is Venatus Okorie, who collapsed at University of Port Harcourt Teaching Hospital in February this year, after he had reportedly worked uninterruptedly for 72 hours. He confirmed his ordeal to The ICIR in an exclusive report.

NARD embarked on strike twice in 2020, resulting in the Federal Government approving additional N8 billion for hazard allowance and other demands by doctors and other health workers in the country.

Government had, in the past, issued directives to chief medical directors and medical directors of hospitals (as the case may be) to replace striking doctors with corps members and other health workers who did not receive training as doctors.

However, such a directive has not yet been issued in the current circumstance.

Meanwhile, an aide to former President Goodluck Jonathan Reno Omokri led protests against Buhari at the Abuja House in London, demanding that the president return home to fix his nation’s healthcare.

A pro-government group has also converged on the premises, ‘praying’ for the president.