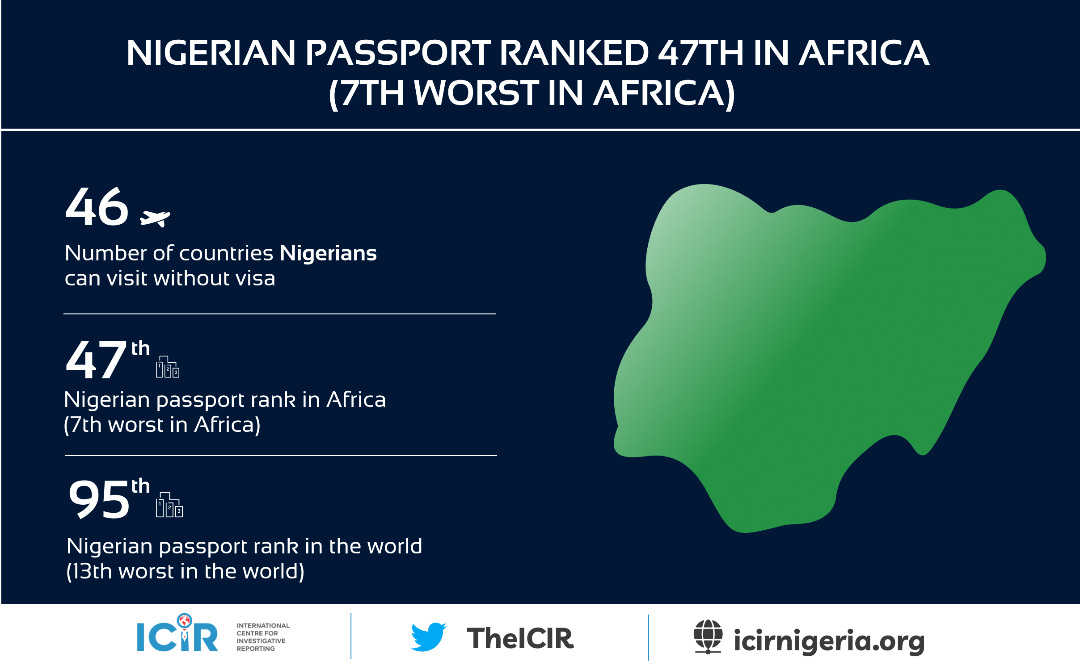 NIGERIAN passport allows access to only 46 countries without a visa, whereas other African countries such as Seychelles and South African passports can gain entry into 151 and 100 countries respectively without a visa.

The rating has put Nigeria in the class of countries with marginal influence in the international community, despite its recognition as a giant of Africa.

In the 2020 passport index report published by Henley & Partners, with data from International Air Transport Association (IATA); a trade association which maintains the world’s largest database of travel information, Nigerian passport is ranked 47th in Africa, making it 7th least influential in the continent and 95th in the world.

Seychelles and South Africa’s passports are ranked first and third in Africa, 26th and 59th in the world.

It cost a citizen of Seychelles about N19, 877 to secure a passport, while it cost a South African between N10,174 and N15,261 to get a travel document, depending on pages wanted in the booklet.

However, this reality isn’t reflected in the information available on the Nigerian immigration website, which pegs the passport fee between N10,750 and N22,000, a contrast from what thousands of Nigerians reportedly pay to obtain a passport.

Meanwhile, only 17 countries in the world can visit Nigeria without a visa. Although President Buhari in November 2019, announced that visas on arrival would be granted to all African travelers starting from January 2020, the ICIR reported how the process is different and appears rather tedious for applicants, when compared to other countries that offer the same privilege to travellers.

FUTURE News Worldwide 2022, organised by the British Council and media partners is inviting registration to...