INFLATION rate in Nigeria has increased by up to 12.40 percent (year-on-year) in May 2020, indicating the highest level in 24 months, Consumer Price Index (CPI) of May 2020 has shown.

The report, published by the National Bureau of Statistics (NBS) also revealed that food inflation increased to 15.04 percent in May from 15.03 percent in April.

According to the report, increases were recorded in the 12 Classification of Individual Consumption According by Purpose (COICOP) divisions that yielded the headline index.

Others are health, transport, communication, recreation and culture, education, restaurants and hotels, miscellaneous goods and services.

The closure of land borders in the country in August 2019 was a major driving force for the upward trend of the inflation rates of the country according to NBS data which shows the rates started increasing from September 2019. 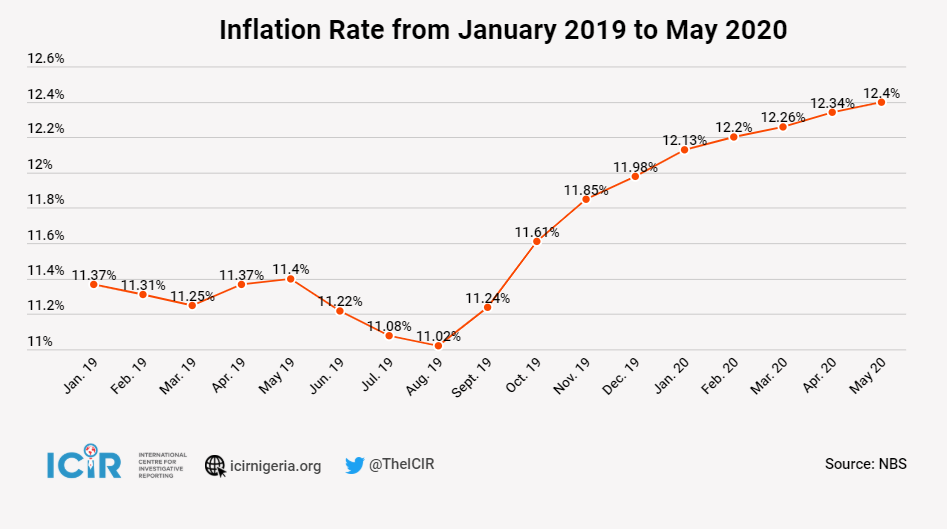 The Central Bank of Nigeria (CBN) in March said inflation level will rise in the next six months due to the effect of Coronavirus disease (COVID-19), but it is expected to fall in the next 12 months.

Amidst rising unemployment, Nigeria’s inflation rate jumps to 12.82 per cent in July

How security guards of Abuja schools coped during COVID-19…

My cousin suffered memory loss after SARS broke his skull,…