NMA: More than half of Nigerian doctors are abroad… 100 have left UCH this year alone 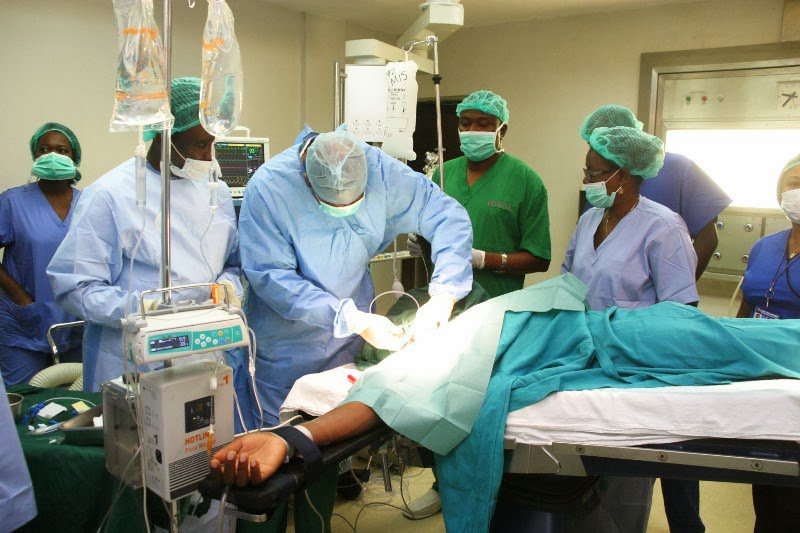 The Nigerian Medical Association (NMA) says 40,000 out of the 75,000 registered Nigerian medical doctors are practising outside the country.

Olumuyiwa Odusote, Chairman of the Lagos State chapter of the association, made this known on Thursday, saying that only improved funding in the nation’s health sector can check the ugly trend.

Odusote said that 70 percent of the remaining doctors in the country are mulling the idea of travelling out.

“The health crisis in Nigeria is unprecedented as the mass exodus hits an alarming proportion. Already, it takes a new patient two to three hours to see a doctor,” Odusote said.

“Over 100 doctors have resigned from the University College Hospital, Ibadan, this year. About 800 doctors resigned from Lagos State hospitals in the last two years, and over 50 in November alone.

“Kebbi State has been unable to employ a single doctor in two years despite multiple adverts for employment.

“Over 200 doctors and nurses have resigned from Ladoke Akintola Teaching Hospital this year.

“Seventy percent of Nigerian doctors are making plans to leave for foreign lands and are taking exams to that effect.”

Odusote said that in 2012, more than 1,000 doctors wrote primaries for the West Africa College of Physicians to gain admission into Nigerian teaching hospitals, but in 2017 only 236 doctors sat for the same exam.

On the contrary, 660 doctors sat for the Professional and Linguistic Assessment Board Examination (PLAB), which would enable them practise in the United Kingdom.

“Our healthcare system has been neglected for an extended period, evidenced by lack of funding, under-supply, inefficiency, decrepit equipment, poor quality, needless deaths and unhappy workforce,” he lamented.

“Today, many of the country’s general hospitals, with the exception of those in Lagos, are not in good condition and are breeding grounds for infectious diseases.

“Many also do not have sufficient beds; so, corridors are turned to sleeping wards. The nation needs 303,333 medical doctors now and 10,605 new doctors annually to provide good quality patient care.”

He expressed disappointment at the 2018 budgetary allocation to the health sector, which is a paltry 3.9 percent of the total budget, far less than the 15 percent that was agreed at the Abuja declaration of 2011.