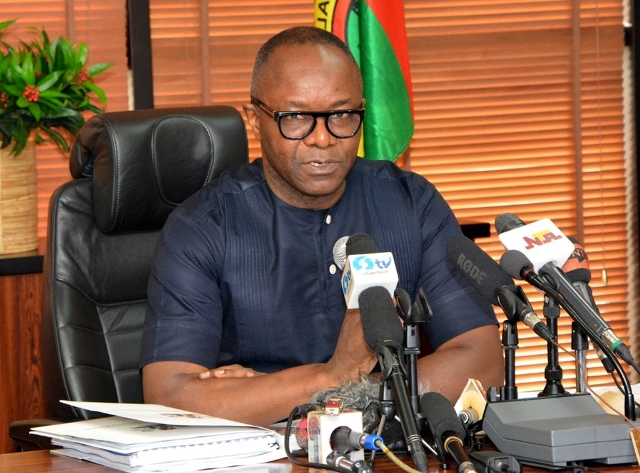 Ibe Kachikwu, Minister of State For Petroleum Resources, says between October 2017 and now, the Nigerian National Petroleum Corporation (NNPC) has lost about of N85.5 billion (between N800 million and N900 million daily) selling Premium Motor Spirit (PMS) at the current retail price of N145 per litre.

Kachikwu made this known on Thursday during a joint hearing of the National Assembly Committees on Petroleum Resources (Downstream).

He explained that as of the first quarter of 2016 when the current petrol pump price was fixed, the price of crude oil in the international market was $49 per barrel, and the landing cost for PMS was about N133.28.

However, crude oil price has since risen to $67, raising the landing cost of petrol to N171 per litre, thereby making it impossible for independent marketers to continue importing the product and selling at the government-approved price of N145.

As, a result, Kachikwu explained, the NNPC has been the sole importer of petroleum products, bringing in about 25 million litres every day since October 2017.

Kachikwu said the NNPC records a N26 loss on every litre of petrol it sells at N145, and has therefore incurred a daily loss of between N800 and N900 million, translating to N85.5 billion in just over three months.

On the possible solutions to the incessant challenges associated with the Nigerian petroleum industry, Kachikwu said government is considering three steps.

“One; is for the Central bank of Nigeria (CBN) to allow the marketers access forex at the rate of N204 to a dollar as against the official rate of N305 to keep the pump price of fuel per litre at N145,” he said.

“Two, to give room for modulated deregulation where NNPC would be allowed to continue selling at N145 per litre in all its mega stations across the country, while the independent marketers should be allowed to sell at whatever price is profitable to them in all their outlets.

“Three, to look at the direction of blanket subsidy for all the importers in bridging the gap which would be like going back to a problem that had earlier been solved.”

He added that the ultimate solution would be for Nigeria to be able to put its refineries in good shape, so that at least 80% of petroleum products consumed in the country are refined locally.

Chat us on WhatsApp
Advertisement
Previous articleShehu: One more person died after Buhari’s appointments were made public
Next articleSix herdsmen arraigned in court for ‘killing’ 20 farmers in Benue