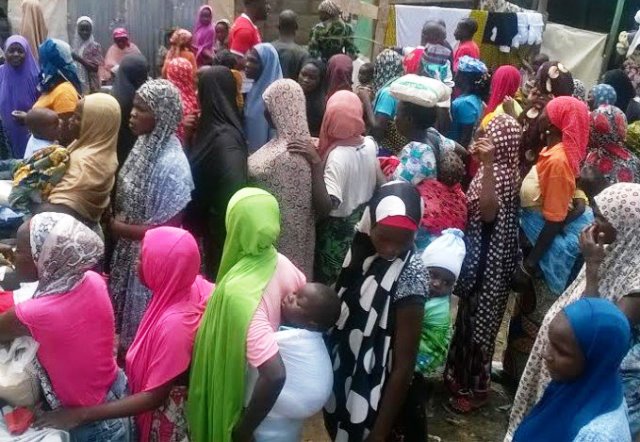 The National Emergency Management Agency has said that the number of Internally Displaced Persons in Yola, Adamawa State, has dropped from 60,000 to 18,958.

Head of the NEMA Operation Office in the state, Sa’ad Bello, made this known when members of the Senate Committee on NEMA paid an oversight visit to the IDPs camp in Damare, Yola.

According to a statement issued by Sani Datti, the Head of Media and Public Relations of NEMA, Bello attributed the drop in the number of IDPs to the fact that many of them were voluntarily returning to their homes.

He expressed satisfaction at the progress recorded so far at the IDP camps, adding that there had been record improvement in the number of children enrolled in schools across the various camps in the state.

“So far, over 900 Internally Displaced Children enrolled in various camps in the state,” he said.

The Senate Committee Chairman, Abdulazeez Nyako, applauded the agency for its commitment in rendering humanitarian services to vulnerable Nigerians.

He said that his committee was satisfied with the way NEMA was managing the scarce resources at its disposal in catering for the IDPs.

However, Nyako pointed out that the shortage of water supply in some of the camps poses serious challenge; he promised to get the Ministry of Water Resources to look into the situation.

He promised that the Senate committee would continue to support NEMA to continue to “lead and coordinate all activities of humanitarian organisations in the country.”