Obasanjo: School feeding programme should be done by states, not FG 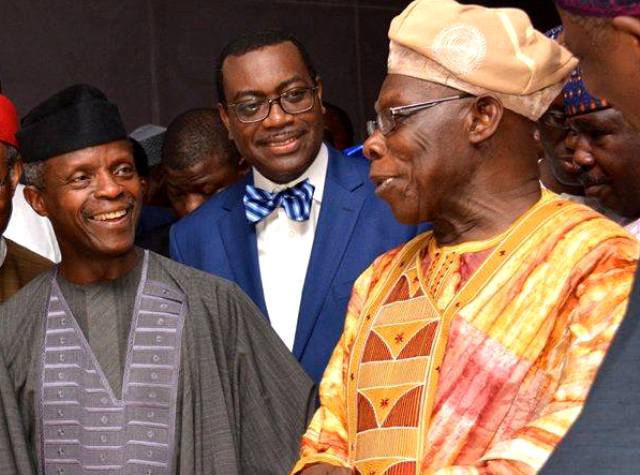 Olusegun Obasanjo, former President, says the school feeding programme currently being handled by the Federal Government is rather the responsibility of state governments.

He noted that the idea of providing free meals for pupils is quite commendable, but he added that more people would benefit from the programme if it were handled by state governments.

“Any programme that will enhance food intake, particularly of the youth, and will help them in their growth, vitality, and in giving them better nutrition, I would regard as a good programme,” Obasanjo said.

“I encouraged it. It is not supposed to be a Federal Government programme.

“It was initially a state programme that was encouraged and assisted [by the Federal Government] as much as possible in the past.

“I went to a mission school and in my third year, we had what they called ‘midday meal’, which was tremendously appreciated and, I believe, helped because some of the children didn’t even have what they could call one square meal a day.

“The school provided one good meal, which was good for them. And that was only at the school level, not even at the community level. It was not at the city level, not to talk of district level.

“So, I would say that any state that wants to undertake such a programme should be encouraged.”

On how successful the school feeding programme has been so far, Obasanjo said the rating would depend on how many states the programme has covered and the percentage of pupils that is benefitting from it.

“I don’t even know how many states are participating in it. Any programme that has not been covered in at least 50 per cent of the country, I don’t know how you will rate it; whether you would rate that as a success or a failure,” he said.

“Any programme must cover at least 50 per cent of the country for me to describe it as successful and if you can even take it to 90 per cent, I would say very good.

The Presidency had said 17 states were benefitting from the free school feeding programme as of August.

Laolu Akande, spokesman to Vice President Yemi Osinbajo, stated that so far the Federal Government had paid over N6.2 billion to the various states to cater for the 4,773,064 schoolchildren in 25,771 schools being covered so far by the programme.

Chat us on WhatsApp
Advertisement
Previous articleIt’s not possible to restructure Nigeria, says Gowon
Next articleFG takeover of N1trn in BVN-less accounts ‘could cause liquidity stress for banks’