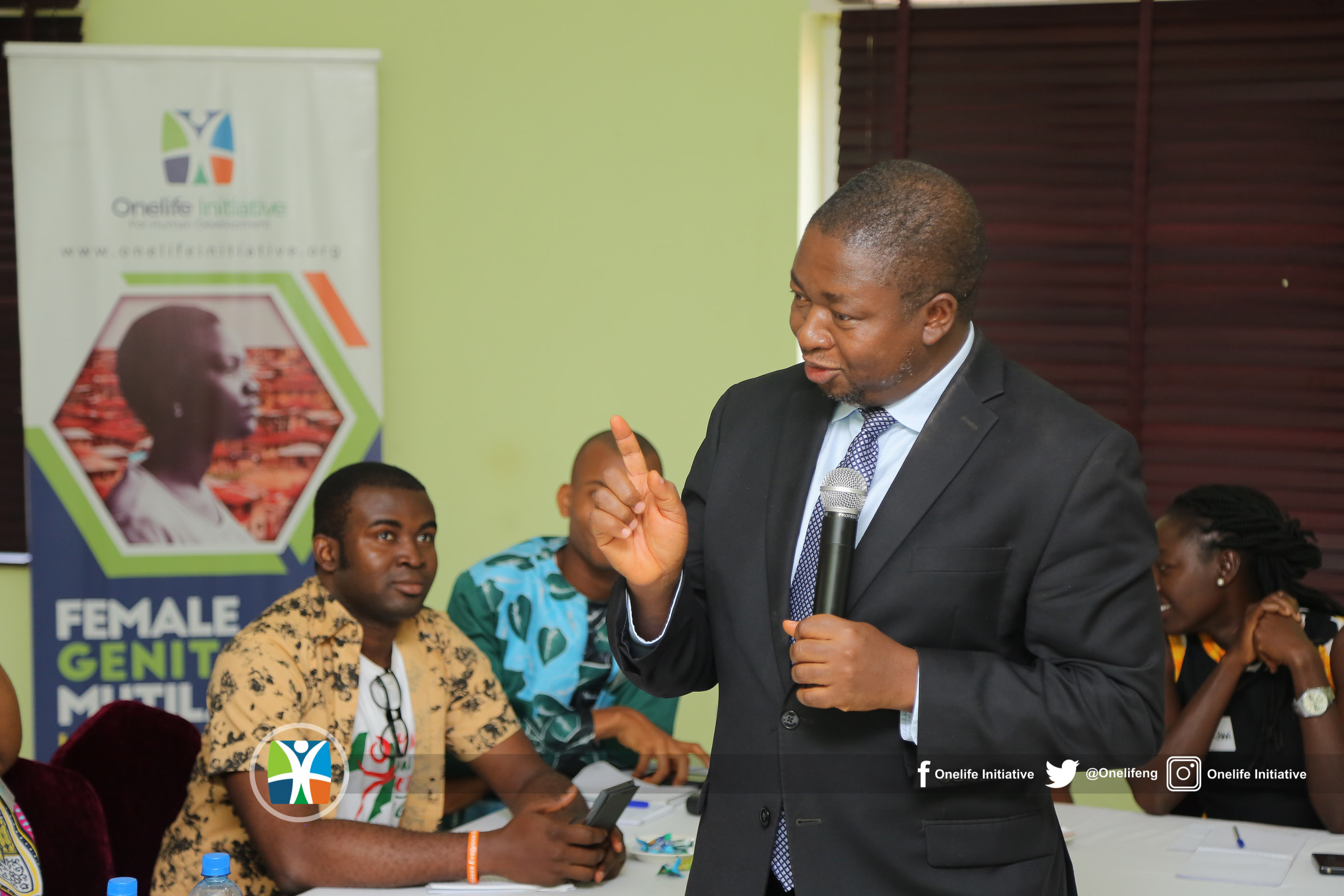 Ileogben Sunday-Adeoye, a Professor and Chief Medical Director of the National Obstetric Fistula Centre, Abakaliki, Ebonyi State, has charged journalists to tell the stories of survivors of female genital mutilation (FGM) in a bid to end the harmful traditional practice.

“FGM aborts the reproductive career of girls even before the career starts,” Adeoye said.  “I know how much journalists can galvanise action towards ending this practice.

“You need to share FGM prevention messages and also get survivors to tell their stories. Your programmes should hold even traditional institution, clergies, and politicians accountable in a bid to end FGM.”

Fagorusi said the academy’s goal is to arm radio journalists with factual information on FGM in Nigeria with attention on the health, cultural and religious dynamics to the practice.

“Our choice of radio journalists is also premised on the last mile reach of radio and the accessibility of its channel to all stratification in society,” he said.

“The rich, poor and middle class all listen to radio and that’s why we hope radio journalists are best to take this information farther so that the behaviour change we anticipate can start, and we can end FGM in one generation.”

FGM refers to all procedures that involve the total or partial removal of all or part of the external female genitalia for cultural or non-medical reason.

Nigeria has the highest population of girls and women who have had FGM and recent figures show that about about 19.9 million girls and women in the country have been affected, out of the global estimate of 200 million.

A major concern at the training was the growing number of medicalization of FGM — a situation where FGM is practised by any category of healthcare provider, as Nigeria currently has a medicalization prevalence of 13%.

Facilitators at the academy came from within and outside the country while the participating journalists promised to use their platforms to reduce the FGM practice in the country.