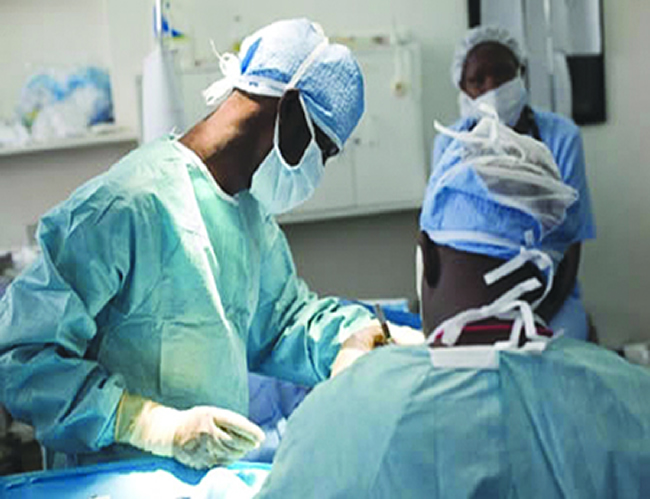 Governor Adams Oshiomhole of Edo State has criticized the ongoing strike by the Association of Resident Doctors in Nigeria, saying it negates their professional ethics.

Oshiomhole spoke when he received National President of Nigeria Medical Association Osahon Enabulele in his office, in Government House, Benin City, at the weekend.

“And because they are students, they are supposed to go through certain routine that are rigorous. In the U.S., the resident doctors, even if he become a chief resident, his or her pay may be about half until when he becomes a consultant. When apprentice resorts to strike, there are other issues, issues of ethics and commitment”, he noted.

The Governor remarked: “if a man were to take ill, now that resident doctors are on strike, the man will wait until the strike is called off before he goes to the hospital. Somebody told me that in some countries it borders on treason if a doctor watches a patient  die on account of his or her personal welfare. If he chooses to read medicine, you have offered first and foremost to save lives, compensation will follow. Issues of appropriate compensation cannot be an excuse why a man should be allowed to die”.

“I think all of us have to begin to do something differently. Nigeria is becoming famous or infamous, more from the days we don’t work rather than the days we work.”

Oshiomhole noted that the idea of a medical check-up for individual is important, saying “most medical conditions, if discovered early, certain steps can be taken to manage it much more than would be the case if the illness is assumed certain complications.

“It is fair for me that health being part of our responsibility, whatever we can do to promote and sensitize our people to check their health status it would be worthwhile”, he added.

He urged the NMA “to help us to sensitise the people to recognize that some  of our public obligation requires that we collect more  taxes  and that it is  in the interest of those  who earn taxable income to pay tax so that we can provide  for the security of our people and keep our environment going.

He asserted “we must rebuild our country and manage our resources more prudently and fight corruption in our government and ensure that we have government that is accountable”.

Oshiomhole said “If we are not making the right level of investment, in building infrastructure, insecurity will continue. Without investment we are not going to have the jobs”.

Earlier, President of the Nigeria Medical Association,  Enabulele said that the Association have commenced free medical mission in various states of Nigeria.

He said “to improve the health behaviour of Nigerians, and ultimately ensure a healthy polity, the Nigeria Medical Association is zestfully working to advance the frontiers of health check-up and health awareness in Nigeria.

“We call for your Excellency’s political and legislative support in this direction by taking the lead as the first state to create a day for free health check-up by her citizens. If this is done, we assure our Comrade Governor that the disease burden in Edo State, particularly the incidence and prevalence of Non-Communicable Disease (NCDs) will be drastically reduced”, he noted.