OSHIOMHOLE PETITIONS ARMY OVER ILLEGAL DEPLOYMENT OF SOLDIERS FOR ELECTION 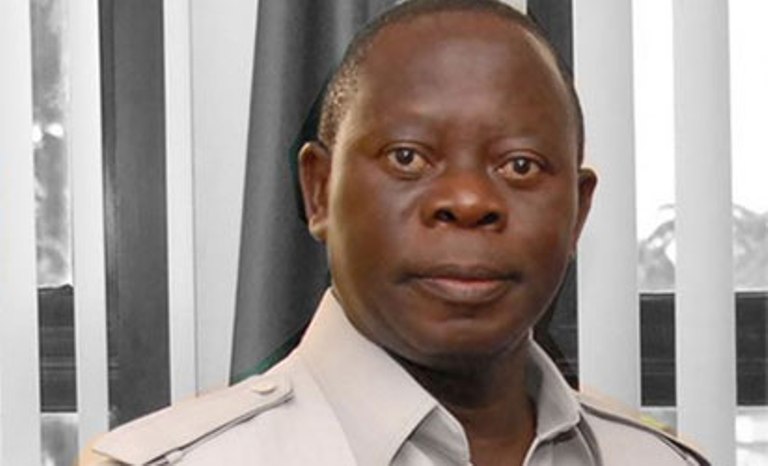 The Edo State governor, Adams Oshiomhole, has threatened to take authorities of the Nigerian Army before the International Criminal Court over alleged intimidation by soldiers of APC members and journalists during the presidential elections in Edo North and Central senatorial districts.

The governor, who had earlier raised an alarm over alleged plot to use the army to intimidate APC supporters in the state last Friday, made the threat in a petition to the Commander of the 4 Brigade Headquarters of the Nigerian Army in Benin City, Olajide Laleye, a Brigadier General.

He decried what he called the illegal deployment of soldiers in Owan Federal Constituency and other parts of Edo North Senatorial District by Abiodun Uwadia, a retired lieutenant colonel and special adviser to President Goodluck Jonathan, during the National Assembly and presidential elections in Edo state.

The governor alleged that the presidential aid ordered the illegally the deployment of “not less than three trucks of soldiers to Owan Federal Constituency which was used to harass and intimidate members of the APC in the Federal constituency.”

“The said retired Lt Col. was also issuing threats and directing the soldiers to shoot at sight any APC member that resist his directives during and after the elections” the governor further alleged.

He condemned the conduct of the political office holder as illegal and unconstitutional, stating also that it was a flagrant abuse of the military.

“It is not only reprehensible, it is unacceptable to abuse and misuse the army for purely partisan purposes. I wish to request you use your good office to call the Uwadia to order and stop this illegal and unconstitutional deployment of soldiers for purely partisan objectives during elections.

“Failure to stem this patently illegal action can result in consequences that are likely to go beyond the shores of Nigeria. The world is watching,” Oshiomole warned.

The petition was personally signed by the Edo State governor.