Over 1 million people displaced in Nigeria due to conflicts, disasters in 2018 − Report— 1mins read

NIGERIA had more than 1.1 million newly displaced people in 2018, while over 613 thousand displacements were caused by disasters, according to a new report published on Friday by the Internal Displacement Monitoring Centre of the Norwegian Refugee Council.

The 2019 Global Report on Internally Displacement (GRID) indicated that as of December 31 of last year, there as a total of 2,216,000 internally displaced persons (IDPs) in the country.

Among the 1,154,000 people newly displaced in the year, 613 thousand people were displaced as a result of disaster while 541,000 were due to conflict and violence. The 2018  number of newly displaced people in the country was the highest in the last five years. 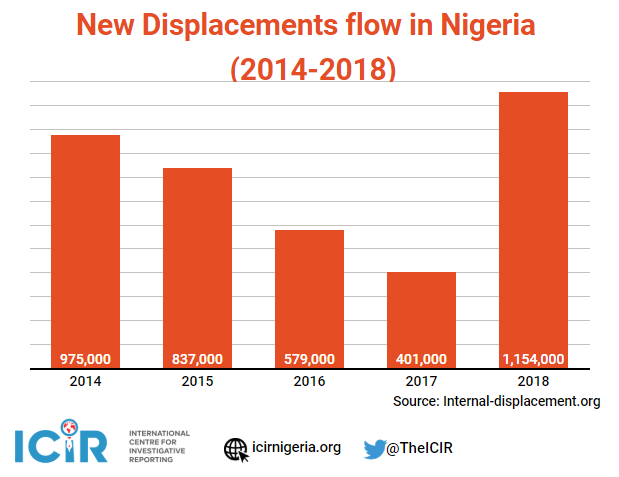 Explaining the causes of the displacement, the report stated that the “drivers of displacement in Nigeria are multi-faceted, complex and often overlapping”.

“The emergence of the militant group, Boko Haram, has caused large numbers of displacements since 2014. In the Middle Belt region, competition between pastoralists and farmers has caused tensions, culminating in significant levels of violence and displacement,” The report read in part.

It also included flooding affected 80 per cent of the country last year and triggered most of the 613,000 new displacements.

While it noted that despite Nigerian government insistence that Boko Haram is close to defeat, “attacks by armed opposition groups continued last year, particularly in the north-eastern states of Borno, Adamawa and Yobe”. 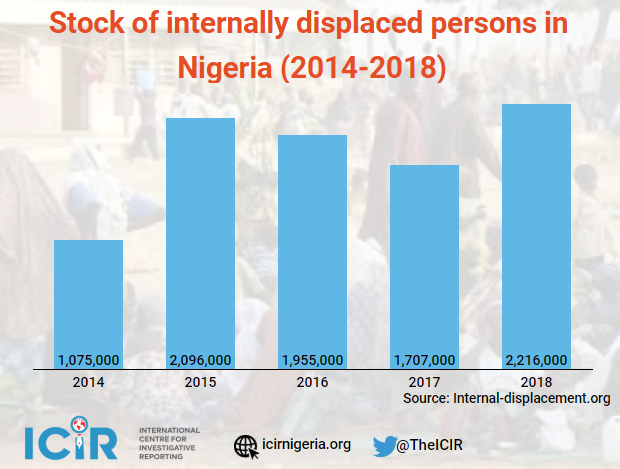 The Monitoring Centre urged the Nigerian government to design and implementing policies to reduce people’s vulnerability and exposure to displacement. “…address the needs of those already displaced must be a priority for the government, the report concluded for Nigeria.

The Internal Displacement Monitoring Centre (IDMC) is the world’s authoritative source of data and analysis on internal displacement. Their work informs policy and operational decisions that improve the lives of the millions of people living in internal displacement, or at risk of becoming displaced in the future.

Police deny reports that 60 persons were killed in Zamfara…