PDP Lose 16 Members In To APC In Borno 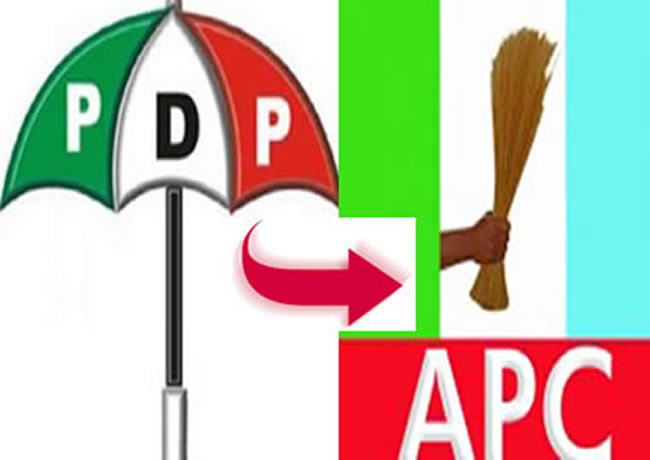 No fewer than sixteen executive members of the ruling People’s Democratic Party, PDP, in Borno State have defected to the All Progressive Congress, APC.

The sixteen includes the PDP chairman at Gubio local government area, secretary ward leaders, youth and women leaders of the party in the area.

About two weeks ago, three out of the 19 members of the party’s executive in the area led by a former House of Representatives member, Fanta Gubio had announced their defection to the APC, citing lack of vision and good leadership in the PDP as reasons for their movement.

Now the remaining 16 members led by a former PDP House of Assembly candidate in 2003 and 2007, Mustapha Fanami, stormed the Hovernment House in Maiduguri to pledge allegiance to the new party.

They told the governor that their decision to join the APC was taken after careful assessment of the performance of the government in health, education, agriculture and roads, adding that they concluded the governor and his party “have good intention for the people of the state.”

They also assured that they would work assiduously to move APC to success in all election in 2015.

Receiving the new members, the governor of the state, Kashim Shettima, expressed joy at their decampment, saying it was important for all the politicians to work together for peace to return to the state.

“The movement of the remaining 16 executive members in the local government today has completed the process as we now have all the 19 exco members of PDP in Gubio Local Government in our party,” the governor said.

He added: “Gubio Local Government is one of the key area in Northern Borno and we are really craving to have total control in that area and the entire northern Borno.”