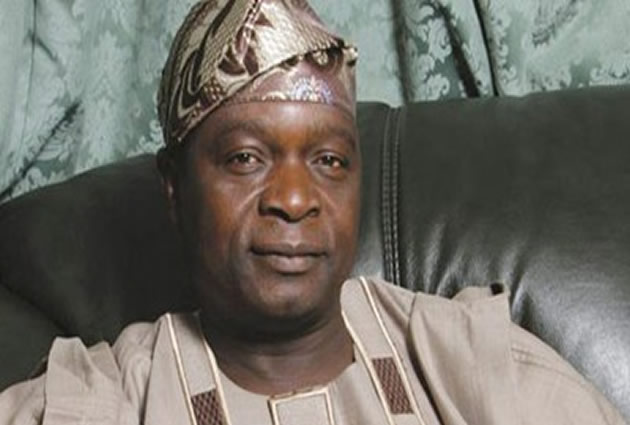 The Peoples Democratic Party, PDP, on Monday suspended Olagunsoye Oyinlola, who was reinstated by a Court of Appeal sitting in Abuja, last Thursday.

In a swift reaction to the action, Oyinlola said it was taken in disobedience of the order of the Court of Appeal, adding that this was the kind of impunity that many members of the party were fighting.

Monday’s action by the party to suspend the members is  interpreted by political analysts as calculated to forestall any move by the New PDP to enforce Oyinlola’s reinstatement.

The PDP has also directed that the four suspended party members face the national disciplinary committee of the party headed by Umaru Dikko.

The national publicity secretary of PDP, Olisa Metuh, who addressed journalists on the issue on Monday, said the decision to suspend the four persons, was in line with Section 58 of its Constitution.

Section 58 (1) states: “Subject to the provision of this constitution, the party shall have power to discipline any member who (b) commits any breach of the party’s constitution and or manifesto; (g) engages in disorderly conduct at meetings or rallies or at any party function; (h) engages in any conduct likely to cause disaffection among members of the party or is likely to disrupt the peaceful, lawful and efficient conduct of the business of the party; (i) engages in unauthorised publicity of disputes within the party or create a parallel party organ at any level.”

Oyinlola in his reaction said the suspension “is part of the impunity we are protesting against. None of us has been queried or requested to give explanations for any alleged offence.”

He reasoned that if their suspension was a reaction to the issue of the New PDP, “why did they decide to leave out the serving state governors, senators and members of the House of Representatives who have been very vocal?”

“It’s all an attempt to circumvent the ruling of the Court of Appeal,” he said but added, “certainly, the last has not been heard on this matter and I am sure that the truth will prevail over falsehood.”