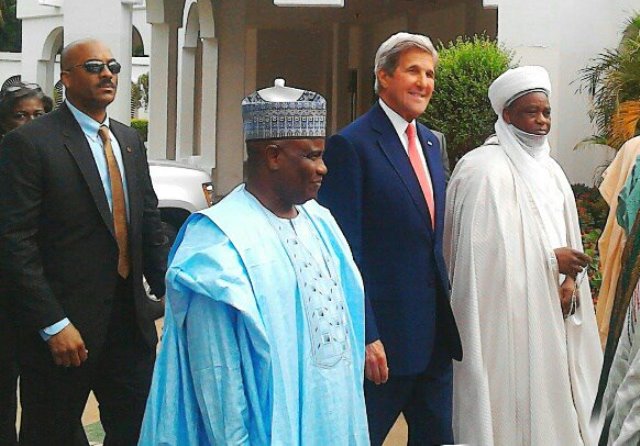 The United States’ Secretary of State, John Kerry, has begun a two-day working visit to Nigeria.

His first port of call was Sokoto State where he delivered a lecture on “Resilient Communities and Religious Tolerance in Countering Violent Extremism.”

He was received by the Sokoto State Governor, Aminu Tambuwal, who led him to the Palace of the Sultan of Sokoto, Sa’ad Abubakar III.

Below are some pictures from the visit: 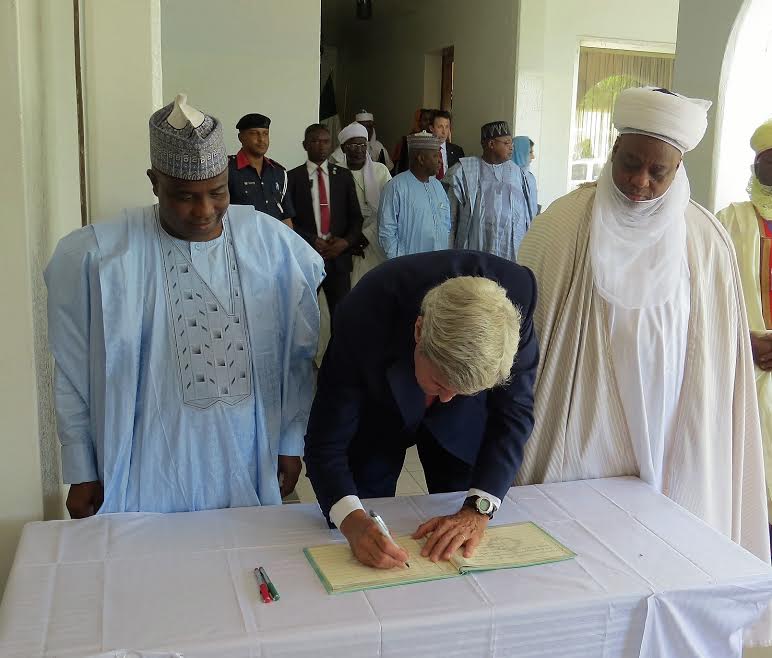 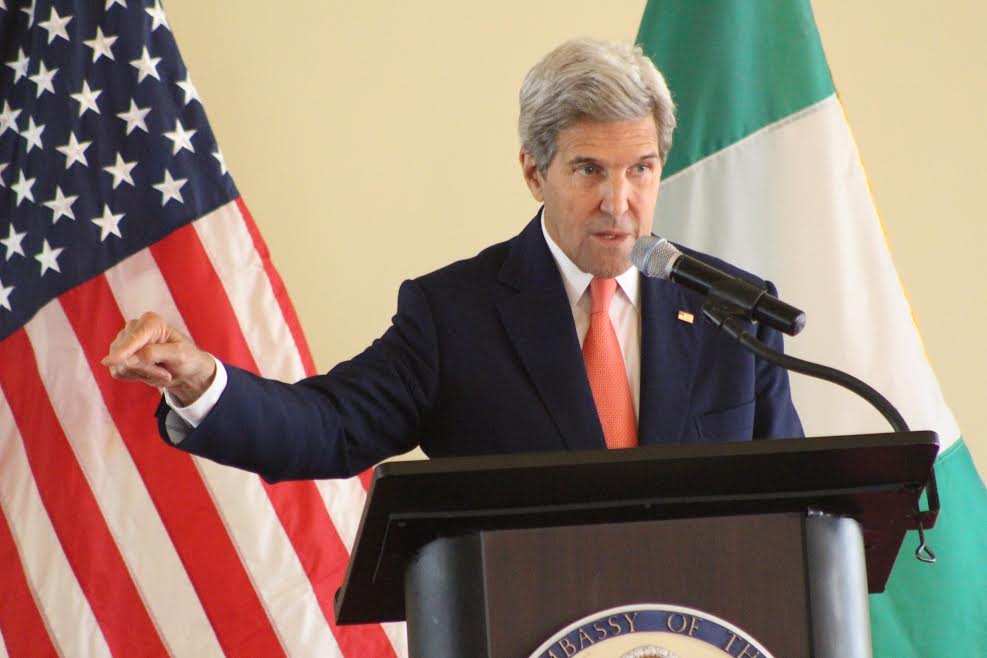 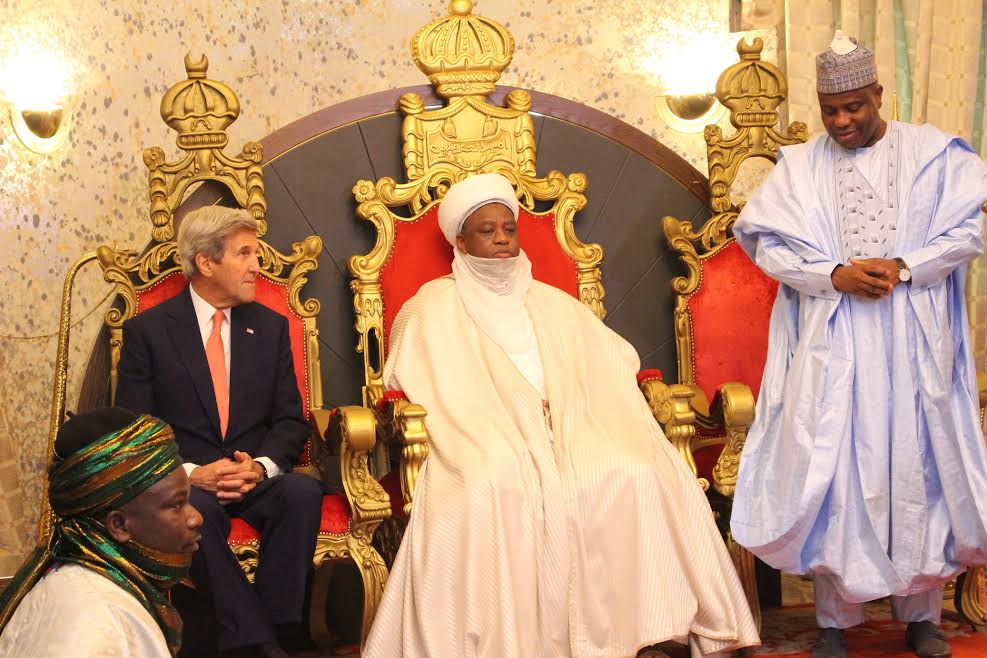 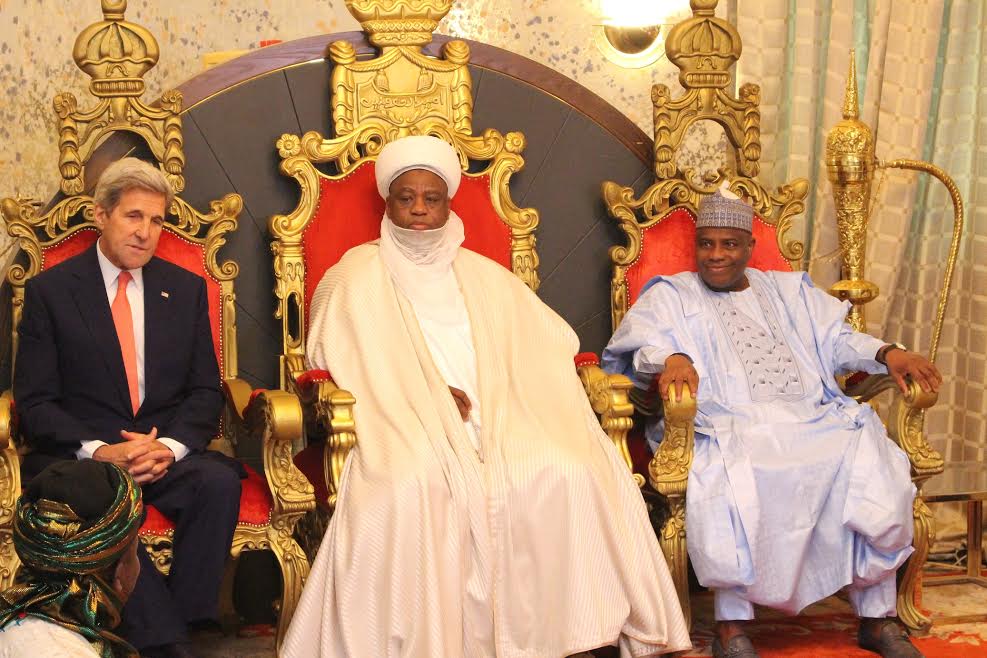 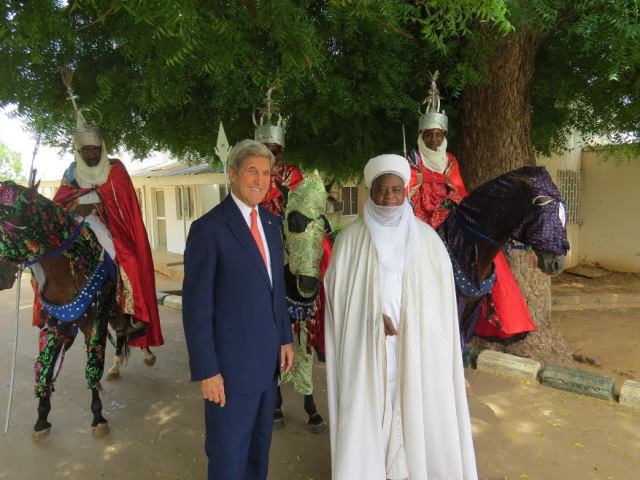 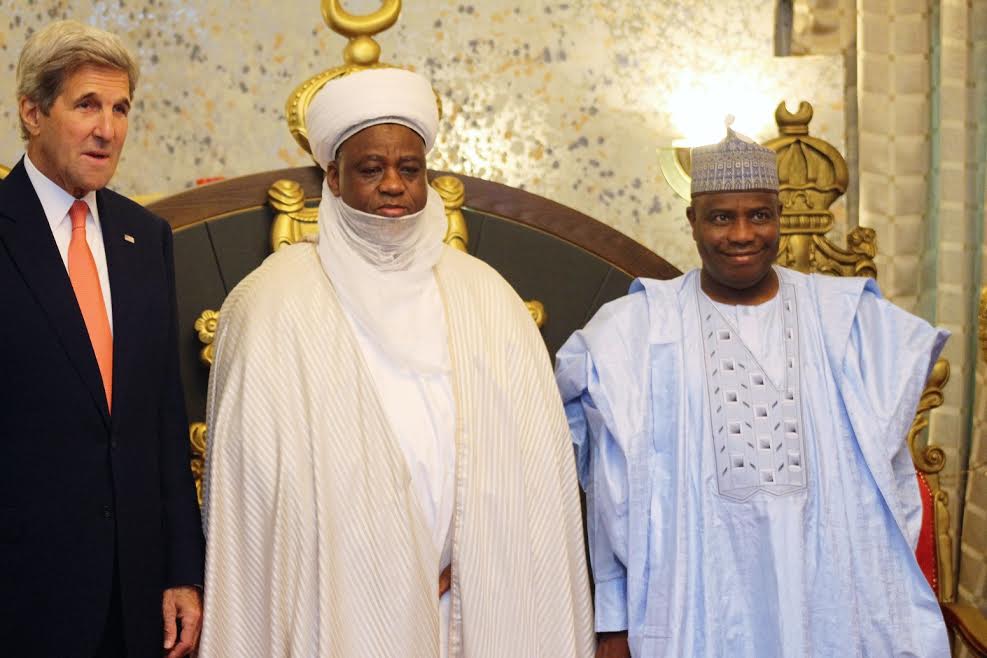 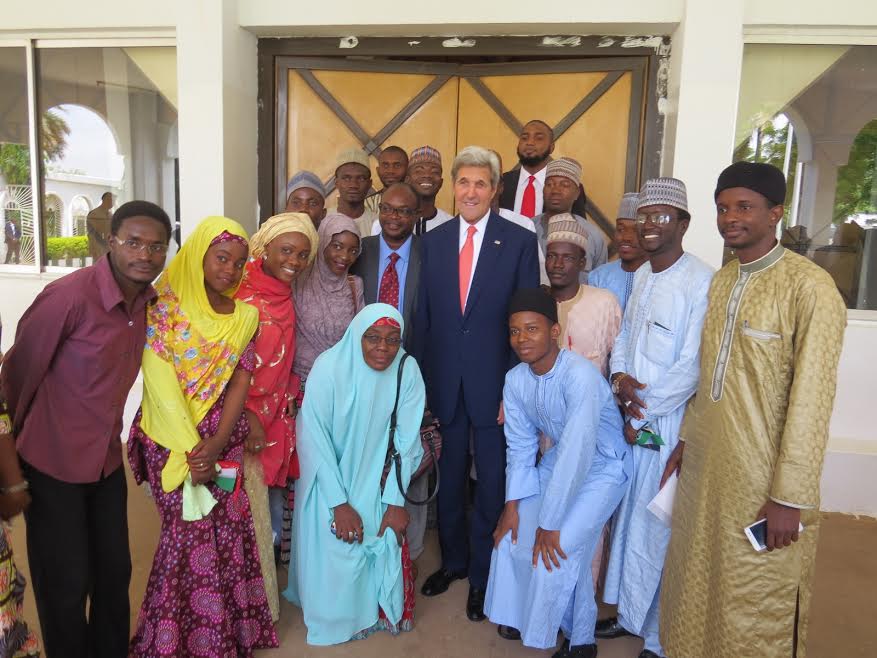 Secretary Kerry with some Students 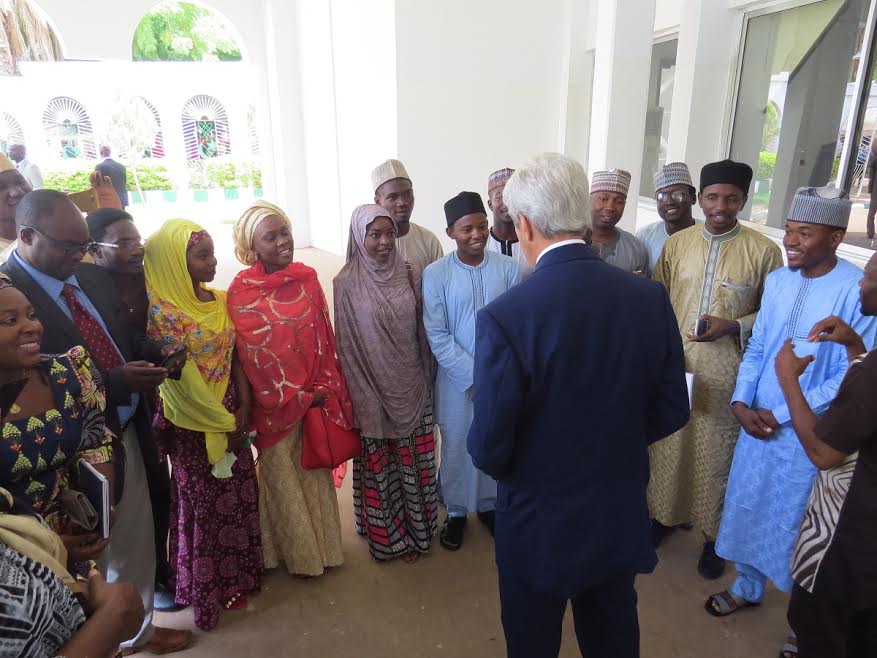