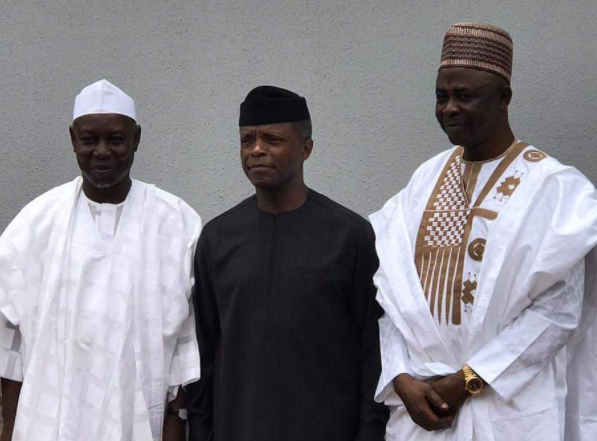 A third minister has been deployed to the Ministry of Power, Works and Housing to join Babatunde Fashola, the substantive Minister, and Baba Shehuri, the Minister of State.

This was made known by Laolu Akande, spokesman of Acting President Yemi Osinbajo, on Wednesday, via his Twitter handle.

Akande said Osinbajo had allotted portfolios to the two newly appointed ministers — Stephen Ocheni and Suleiman Hassan — who had been sworn into the Federal Executive Council on Wednesday July 26.

“There are now two ministers of state in Power, Works and Housing Ministry,” Akande said.

AgP Osinbajo asiggns portfolios to the 2 ministers earlier sworn in. There are now 2 Ministers of State in Power, Works & Housing Ministry

Suleiman Hassan is the new Minister of State for Power, Works and Housing, which was orignally three different ministries until the current administration came to power.

Ocheni, on the other hand, was named Minister of State for Labour and Employment, the same office held by the late James Ocholi.

A COALITION for Whistleblowers Protection and Press Freedom (CWPPF) has condemned the attack on journalists by...

THE All Progressives Congress(APC) held her governorship primaries across states in the country yesterday,...

IN so many ways, the presidential primary election of the Peoples Democratic Party (PDP)...
Advertisement