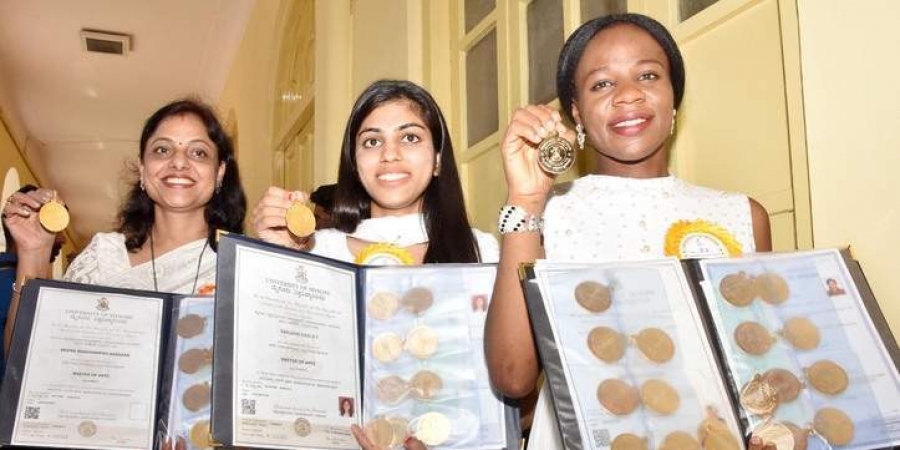 SENIOR Special Assistant to the President on Foreign Affairs and Diaspora, Abike Dabiri-Erewa, on Saturday congratulated a Nigerian lady, Stella Emelife Chinello, reported to have broken a 100-year record in an Indian university.

Since the news broke, she has been getting accolades from Nigerians, especially on social media.

According to a report by New Indian Express, an Indian based media organisation, Emelife had no idea of emerging as the best Post-Graduate student at the University of Mysore (UoM) until “only a few weeks ago”.

“I devoted most of my time towards studies. I was either in the classroom or the library. The reason why I chose India, especially the UoM, for higher studies is because of its scope for academic excellence,” she told the newspaper.

The young lady, 28 was a First Class Chemistry Graduate of the Usmanu Danfodiyo University, Sokoto, (UDUS) before proceeding for a Masters at the UoM.

Chinello broke the record at the 99th Convocation ceremony of Mysore University, India, where she was also decorated with 20 Gold Medals and five cash prize awards.

She is not the only Nigerian who have broken academic records in universities abroad. A lot of others such as Olukayode Mobolaji Oluwasona, Dickson Ndukwe Agbai, John Paul Nwa Eze Ige, Eugene C.X Ikejemba among others also did the country proud in foreign lands.

There was only sporadic act of violence, no xenophobic attacks in South Africa — High…

‘You’ve always stood behind us’ ……