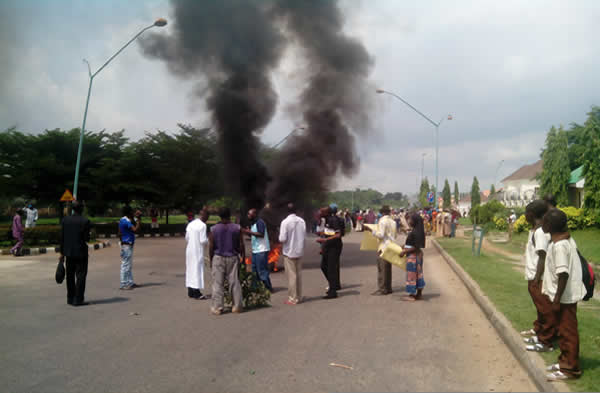 There was mass protest in the Gwarinpa, an estate in the Federal Capital Territory, FCT, on Thursday following a demolition exercise by the city administration which claimed the life of a young girl.

It was gathered that the girl was inside her house in Lungu village, Gwarinpa Estate, when the demolition agents arrived and crushed the house on her.

The tragedy was further compounded when the mother of the girl who could not contain her emotions, took a knife and stabbed herself to death.

When our reporter arrived at the scene, the police had cordoned off the area and were firing teargas to dispel the protesters and restore law and order. 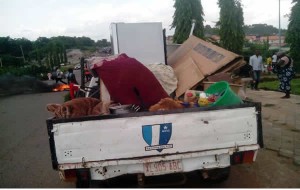 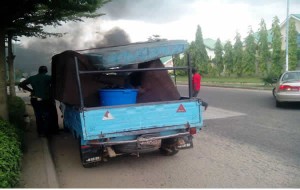 Other tenants whose houses were also destroyed were seen conveying their properties in various directions with faces that depicted frustration and uncertainty.

The protesters, mainly Gbagi, the indigenous people of the FCT, armed themselves with clubs, sticks and leaves and blocked the main gate leading to the estate with stones and tyres which they set on fire.

They also extended their protest to the Kubwa expressway causing a heavy traffic and are demanding to see the FCT minister, Bala Mohammed, before they can be appeased.

The bodies of the young girl and her mother have been deposited at the mortuary of a nearby hospital.