Quacks Identified As Major Cause Of Maternal Deaths In Lagos 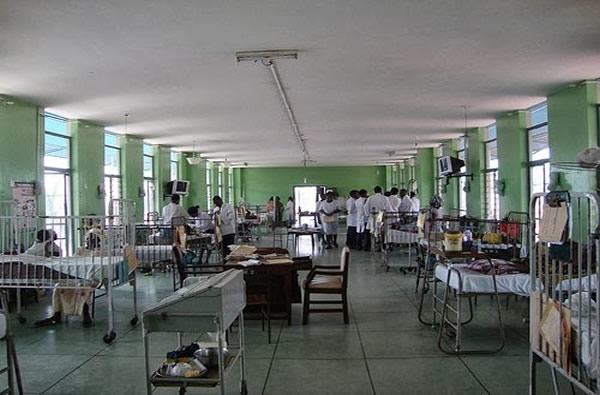 The commissioner stated that statistics from the five senatorial districts in the state indicate that most incidents of maternal totality result from the patrohapnage of untrained birth attendants in traditional child delivery homes.

“We found evidence in our data collation in the last one year that out of five senatorial districts in the State, maternal mortality was particularly high in Epe in spite of our interventions and, most of the women who die at childbirth were found to have attended traditional birth homes from where they developed complications such as bleeding, eclampsia,” Idris says.

Lagos began a Maternal and Child death Reduction Programme in 2012 to address the needless deaths of women during child birth.

Notably, Nigeria is rated world”s most unsafe place to be a mother, having the second highest maternal mortality rate of 630 per 100,000 live births, after India. Three leading causes of deaths are bleeding, eclampsia (convulsions or coma after birth) and prolonged labour.

To abate this, Lagos State says it built 10 maternal child centers, one of which is in Epe. Further efforts include increase in awareness through health education of mothers, training of health workers, as well as free treatment of women and children.

In spite of this, however, maternal mortality in Epe remains disturbingly high and there are identifiable reasons for this.

This is dangerous since the birth homes do not have laboratories to monitor blood pressure, blood sugar or heart rate or equipments to intervene in emergencies. The survey also found that some of the traditional attendants administer orthodox drugs and injections which are unlawful except within the health facility.

Although Idris says the state has built more health centers, most wards still do not have sufficient or well equipped medical facilities, hence women continually seek help from traditional medicine which is considered to be as old as nature, closest to the people and culturally acceptable.

Due to this trend, the state  government has decided to include the birth attendants in the healthcare system but only after training and retraining them while it would also enforce the registration of unregistered practitioners and while strengthening punitive measures against quacks.

‘Return looted items in 48 hours or face the law’, Police in…