Re: Benue belongs to Fulani by right of conquest 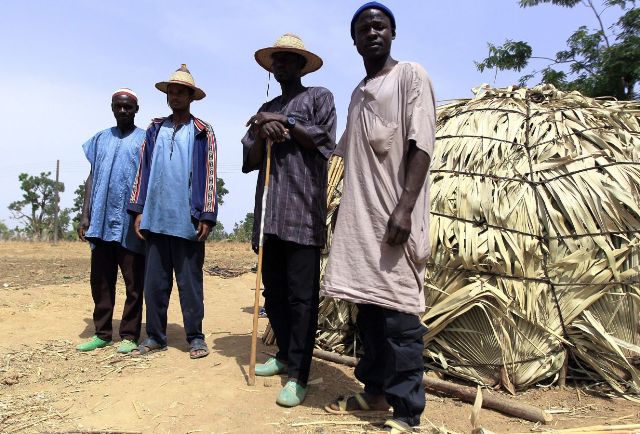 Since Professor Umar Labdo Muhammed of Northwest University, Kano, wrote a short piece on his Facebook wall with the foregoing title, some of us expected his narrative to have elicited serious intellectual debates from renowned academics in the Middle Belt in order to counter what appears to be the rewriting of history. Sadly, not much of this has been seen aside demeaning exchanges and reproduction of counter-history that is misleading, which failed to address what is conspicuously falsehood.

Could the failure to engage Prof. Muhammed by academics be borne out of fare, giving the religious tone of the matter!! For this reason, I have decided to clear the air since our professors have stopped professing knowledge as evidenced in Muhammed’s misleading narrative.

By conquest, Prof. Muhammed was referring to the aftermath of the Jihad War prosecuted by Usman dan Fodio, which led to the founding of Sokoto Caliphate in 1804, after capturing Hausa kingdoms – Katisna, Daura, Kano (1807), and later Gobir (1808). This event saw the linking of over 30 Emirates in present-day nrthern Nigeria under the Sokoto Caliphate.

Since Benue was part of the defunct Northern Region, there is this belief in northern circle, especially among the Fulani, that it was also part of the conquered territories by Usman dan Fodio. In fact, Prof. Muhammed’s misleading thesis that “half of Benue is part of Bauchi Emirate and also half Adamawa Emirate” stems from this belief.

However, it is interesting to note that during the period of Usman dan Fodio’s war of conquest, the Tiv and Idoma-speaking areas in present-day Benue state were never conquered by the Jihadist, let alone annexed to Sokoto Caliphate like the conquered Hausa kingdoms. If anything, the Tiv resisted Fulani occupation of their territory, which explains why conservation to Islam, as it was the case among the Hausa, did not happen in Benue. The bravery of the Tiv people halted Jihadist expansion into Benue in the early 19th century.

A careful reading of John Paden’s – renowned scholar and apologist of northern Nigeria – Muslim Civic Cultures: The Challenges of Democratic Federalism in Nigeria will provide detail insight on this issue, and many more concerning Dan Fodio’s purification moment.

If Prof. Muhammed has a contrarian historical account concerning this issue, or any other Fulani who feels by virtue of conquest Benue belongs to the Fulani, they should please refer us to their accounts for further scrutiny. If not, Prof. Muhammed should retract the falsehood he publicized because it is not dignifying of an academe of his status.

Instead of opening the Pandora’s box, which would likely consume us all, he should concentrate on publishing what would earn him more laurels. That’s what scholars do – not fan the embers of violence.

How do we deal with a ‘problem’ like the Igbos?