In her lifetime, Dora Akunyili, former Minister of Information and Communication, was popular for her “rebranding policy” but it was not at the information ministry that she cut her teeth as a no-nonsense, one-of-a-kind woman.

Before her appointment as a minister, Akunyili was Chairman of the National Agency for Food and Drug Administration and Control (NAFDAC), where her dogged fight against fake and counterfeit drugs won her as much enemies than admirers.

Akunyili was appointed NAFDAC Director-General in April 2001 by former President Olusegun Obasanjo, who was taken in by her sincerity and honesty.

In 1998, Akunyili, working with the Petroleum Trust Fund (PTF) then headed by Muhammadu Buhari, took ill and was told she required surgery. She got ready to travel to the United States for treatment and the PTF provided her $5000 for tests and $12,000 for the surgery.

But in the US where she was to undergo the surgery, it was erroneously decided that she would not need to go under the knife after all. So Akunyili returned the $12,000 to the PTF (It would be discovered years later, however, that the second test result was wrong and that she indeed had cancer).

On learning that she returned the excess money when she could have easily diverted it, Buhari wrote a letter of commendation to Akunyili for her honesty and sincerity.

So when Obasanjo wanted to appoint a NAFDAC DG, and was looking for a trustworthy, straightforward Nigerian, Akunyili’s name naturally popped up.

“I was not a card-carrying politician, I did not belong to the ruling party, I did not have a political godfather and gender was also an issue. Above all, I am Igbo, from the Igbo tribe. The then health minister was Igbo, and a lot of the drug counterfeiters are Igbos,” Akunyili said of her surprised appointment during an interview with the Guardian.

“People there (at NAFDAC) did not believe that I could confront the mafia, who had been unchallenged for almost three decades. It was a rude shock to the counterfeiters that we refused any discussion or negotiation for business to continue as usual.”

It was more like a personal fight for her, as she had lost her sister to fake diabetes drugs in 1988.

She narrated the event thus:  “Not only was it fake and did not contain the insulin she was supposed to take, but it was also contaminated and gave her abscesses. She did not respond to antibiotics, and we just watched helplessly until she died.”

But while majority of Nigerians applauded and commended Akunyili for not only venturing into but succeeding where men did not even dare to try, the fake drug cartel planned how to silence Akunyili for running them out of business. 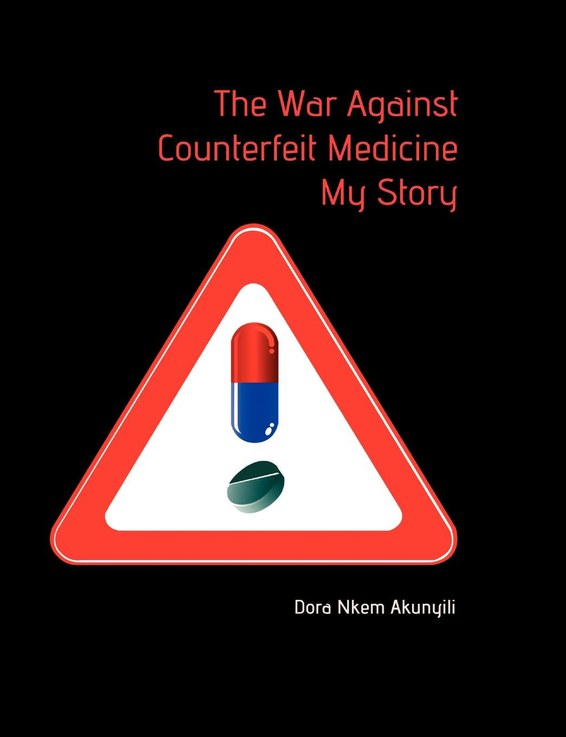 “When all their efforts at bribery failed, the criminals resorted to intimidation, harassment, blackmail and threats,” Akunyili narrated in her autobiography: ‘The war against counterfeit medicine: My story.’

“They deposited fetish objects in our office, which included blood stained feathers, African beads and a tortoise.

“They also threatened my husband and me on phone. When they still did not succeed, they resorted to physical and arson attacks against our personnel.”

Akunyili detailed the most brazen of the several attempts to assassinate her: gunmen shot at her car, the bullet narrowly missing shattering her brain. The incident happened in December 2003.

“On our way back to Enugu from Orlu, I decided to stop at Agulu once again to say goodbye to my mother-in-law. A few meters from the village house, my driver overtook the pilot car to prevent the driver from driving past the road to my in-law’s house because he was not informed that we were going to stop to see my mother-in-law again.

“At that point, we suddenly heard loud bangs, which I thought were sounds from Christmas fireworks. The bangs were actually from gunshots. Within a split second, there was a painful bang on my head, which made my scalp hurt badly.

“A bullet had just shattered the rear windscreen of my vehicle pierced my headscarf, burnt my scarf like hot water and gone through the front screen.”

Despite the attacks, in 2004, Akunyili shut down the Kano open drug market for three months as part of her vigorous campaign.

In March 2007, she closed down the popular Bridge Head drug market in Onitsha, Anambra State, for four months, after confiscating dizzying amounts of fake, counterfeit, expired, banned and smuggled drugs worth over N6.5 billion from the market. 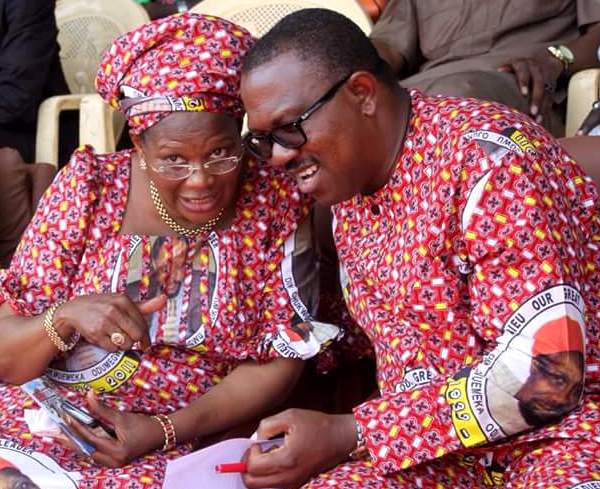 She only reopened the market conditionally, following reassurances from Peter Obi, then Governor of Anambra State.

“Your governor, Mr. Peter Obi, a man of his words, has guaranteed that he will ensure that all the conditions are met. This has given us the incentive to reopen the market,” she said at the time as the traders cheered in appreciation.

In December 2008, Akunyili took over as Minister of Information and served in that capacity until 2010. She later ran for Senate in 2011 but was defeated by Chris Ngige, current Minister of Labour and Employment.

Akunyili died on June 7, 2014, shortly after taking part in the 2014 national conference, albeit looking quite pale and frail as a result of her battle with cancer.

As the world marks the International Women’s Day, Nigeria celebrates late Akunyili, whose labour at NAFDAC still yields fruits to this day.