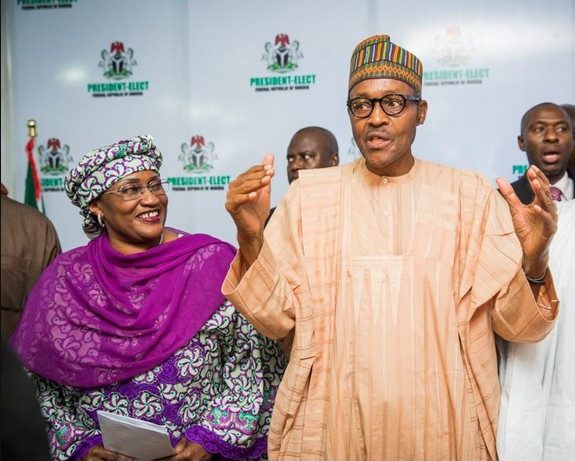 President Muhammadu Buhari’s declaration of intent to contest the 2019 presidential election election has varying implications, both good and bad, for different people. One of those who will see it as bad news is Aisha Alhassan, Minister of Women Affairs, popularly known as ‘Mama Taraba’.

In September 2017, ‘Mama Taraba’ swore “to Allah” to resign as minister in the event that Buhari decides to seek reelection, since she had clearly expressed her loyalty to former Vice-President Atiku Abubakar and his perennial presidential ambition.

“Atiku has been my godfather even before I joined politics. And again, Baba Buhari did not tell us that he is going to run in 2019,” Aisha explained to BBC Hausa radio.

“Let me tell you today that if Baba says he is going to contest in 2019, I swear to Allah, I will go before him and kneel and tell him that ‘Baba I am grateful for the opportunity you gave me to serve your government as a Minister but Baba just like you know I will support only Atiku because he is my godfather… if Atiku says he is going to contest.”

She also mentioned that she would not mind getting sacked for her daring statement.

“If because of what I said, I am sacked, it will not bother me because I believe in Allah, that my time has elapsed; that is why,” she said.

“Baba is not a mad man like those calling for my sack. They have been sending it and spreading that if Baba sees this I will be sacked‎.”

According to Bolaji Abdullahi, National Publicity Secretary of the All Progressive Congress, she later apologised “if she had put the party in any difficult position” and for going public with the statement. She has, however, not publicly retracted her statement.

Now that President Buhari has officially declared intention to seek reelection, it remains unclear if Alhassan will abide by her words and quit the cabinet or if she — like her boss who said in 2015 that at 72, he was already limited by age but is now seeking a second time — will make a u-turn.

ANALYSIS: Despite poor allocations to health, education, lawmakers want 20% of…