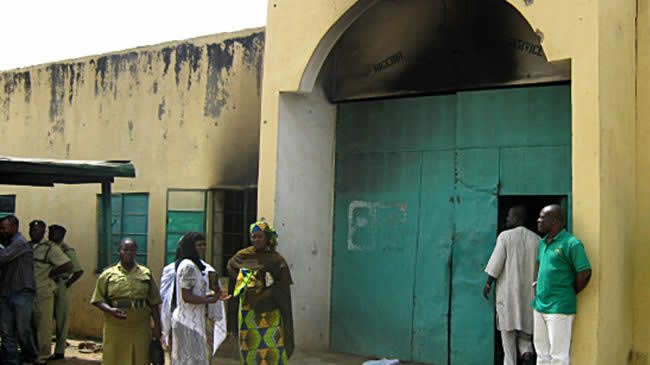 All vital documents in Numan Prison, Adamawa States were Monday set on fire by rioting inmates, the state Controller of Prisons, Ekijere Shidi, has said.

Shidi told newsmen in Yola that the rebellion was caused by the death of one of the inmates who allegedly attempted to escape on Sunday by jumping over the prison wall.

He said the deceased got access to the high wall of the prison but was sighted by officers on duty.

“He landed on a slab and was seriously injured. You know how tall the prison wall is,” Shidi said.

According to him, the inmates, using stones, overpowered prison personnel on duty and took control of the yard before the arrival of re-enforcement from other security organisations.

“They burnt the generator, record books and all other vital documents,” the comptroller said.

He added, however, that normalcy has been restored and that no major injury to any prison personnel although he was silent on whether there was any escape.

Numan Prison which has a capacity of 400 prisoners currently has 287 inmates.

Schools Reopen After Ten Weeks Of Forced Closure In Yobe

2015 Election And The Call For National Conference

SPECIAL REPORT: Inside Nigeria’s prisons where thousands languish for years without…

Human rights lawyer sentenced to prison for speaking to…