School Principal Charged With Murder Of 23 Pupils In India 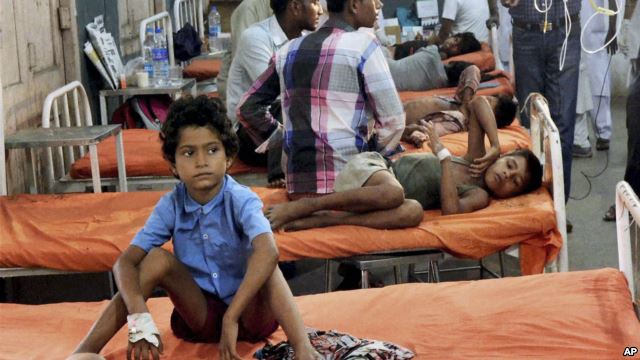 Police in eastern India have filed charges against a school principal and her husband for the July deaths of 23 pupils who consumed poisoned school mid-day meals, officials said on Monday.
The children, aged four to 12, fell ill within minutes of eating the lunch of lentils, potatoes and rice at their primary school in a poverty-stricken village in eastern Bihar state on July 16.

The deaths at the primary school in Bihar State’s Saran district caused outrage across the country and beyond.

The tragedy raised questions about the safety and standards of the national scheme to provide free midday meals to tackle malnutrition and encourage attendance.

The charges were filed in court on Sunday evening.

“The charge sheet mentions that Rai kept pesticide in a room where items for the midday meals were stored,” Kaushal said.

“Witnesses said the food was intentionally cooked with the pesticide. We found adequate evidence against the accused during our investigations,” he said.

Devi and her husband are in custody. Forensic tests confirmed the presence of pesticide monocrotophos in the meals, Kaushal said.

Chat us on WhatsApp
Advertisement
Previous articlePolice Investigates Attack On Zamfara Acting Gov
Next articleRambleta Pledges US$8,100 For Exhibition In Spain