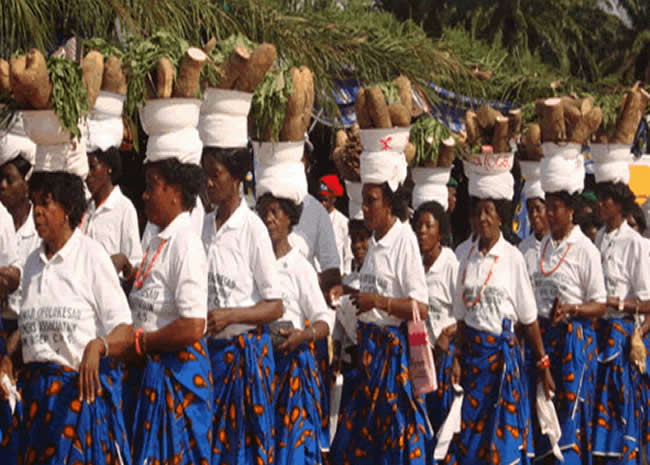 The shootout last Friday at the Ogwashi-Uku Iwaaji new yam festival in Delta State which led to the death of Pentty Sunday Chukwu, a 15-yer-old boy identified as a prince of the kingdom  led by a captain of the Nigerian Army, the state police command has confirmed.

The public relations officer of the Delta State Police Command, Lucky Uyabeme, an assistant superintendent of Police, confirmed to journalists in Asaba, the state capital, that the shooting “was done by the army, led by a captain.”

He however refused to disclose the name of the army captain.

Uyabeme who declined further details, said the army were was handling the issue, adding that when “they are through, they will hand-over to the police for further investigation.”

Last Friday’s crisis is connected with the celebration of the New Yam festival by the respective ruling houses laying claims to throne of Obi of Ogwashi-Uku Kingdom.

The state government had presented the staff of office to Chukwuka Okonjo, father of Nigeria’s Minister of Finance as the Obi of Ogwashi-Uku Kingdom following his victory at the lower courts.

However, Okonjo’s victory at the lower courts is being challenged by the Izedunor lineage at the Supreme Court and as such the police advised both parties to maintain the status quo until judgement was delivered.

Meanwhile, Pentty’s corpse is yet to be recovered by relatives for burial.

The family has urged the relevant authorities to probe the circumstances that led to the invasion of the palace by uniformed men and the subsequent shooting that resulted in the casualty.

“It is hoped that both the federal and state governments should probe into this matter as a soul is already lost. We are demanding for justice because this victim was murdered in his father’s house not on the streets,” Anthony Nti, spokesman for the family said.