THE Nigerian Senate on Thursday resolved to summon the National Communications Commission (NCC) over weak performance in the area of poor registration of the Subscriber Identity Module (SIM) cards and dropped calls.

Ahmed Lawan, President of the Senate, also vowed to blacklist telecommunication operators in the country for poor services delivery, where necessary.

The decision came following a motion moved on the floor on the House over the increasing rate of dropped calls, among other unwholesome practices by the telecom operators.

They argued that Nigerians are being denied of their resources, thus sought refunds for cases of disrupted calls caused by the operators’ inefficiencies. Major mobile operators in Nigeria are MTN, 9Mobile, Airtel and Globalcom.

However, between June 2018 and May 2019, for instance, most Nigerian phone users ported from one telecom operator to another, usually as a result of poor services. In March 2019, 10,945 subscribers ported to another network while two months after, it reduced to 10, 781. 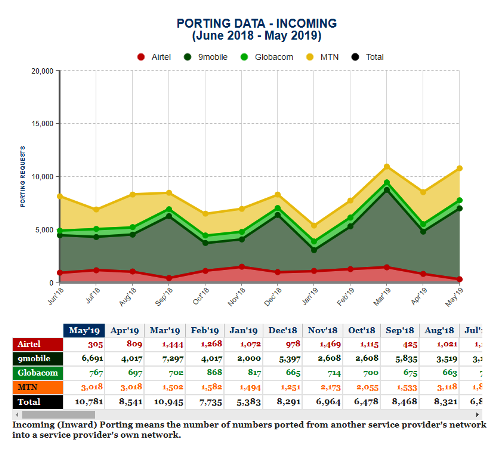 The NCC which is the regulatory agency for the industry has the mandate to issue licenses to telecommunication operators and also check all manners of irregularities in the sector.

As required by law – Section 89, Sub-section 3(d) of the Nigerian Communications Act (NCA 2003), the commission is expected to regularly monitor and report on the state of the telecom industry while operators are as well, obligated to provide such data for the purpose of the analysis.

However, the decision to summon the NCC is because the Senate believes the agency has not lived up to its regulatory responsibilities, Channels has reported.

Meanwhile, this is not the first time the National Assembly will summon telecom operators. The 8th National Assembly also summoned the operators for poor services. The lawmakers indeed queried MTN on the allegation of profit reparation to the parent company in South Africa.

Lawan has pledged to take practical action on the matters this time.