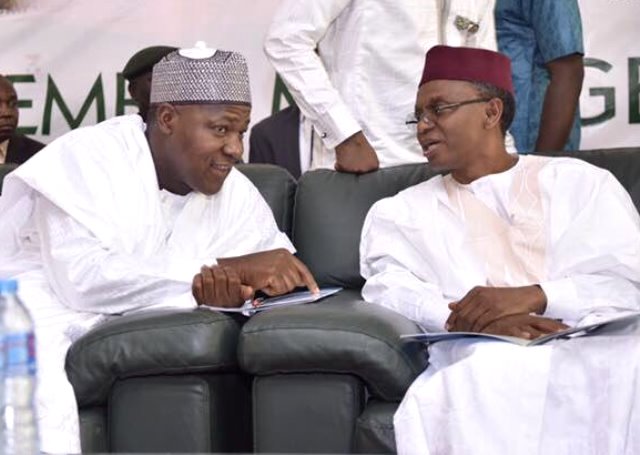 Speaker of the House of Representatives, Yakubu Dogara, has released his pay slips for the months of October 2016 to March, 2017 in reaction to the challenge by Kaduna State Governor Nasir El-Rufai.

The speaker also described as misleading, the claims by El-Rufai, that the N115 billion 2016 National Assembly budget was for only the 469 lawmakers in the two-chamber parliament.

Dogara explained that the budget covers, among others, salaries, allowances, expenditure and running cost of the 469 members, as well as salaries, allowances of about 3,000 legislative aides and about 5000 staff in the Bureaucracy of the National Assembly.

“It is currently building its headquarters which is world class. It has to be funded.” 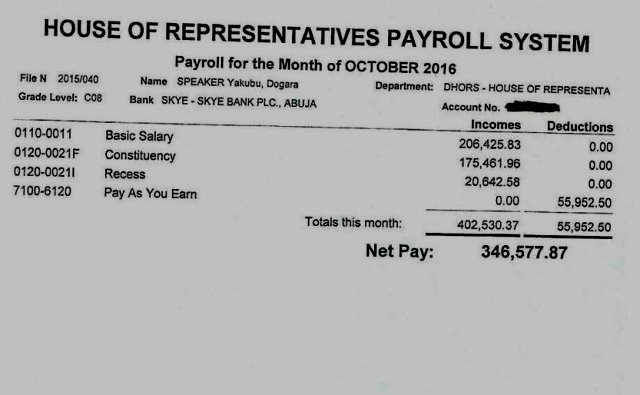 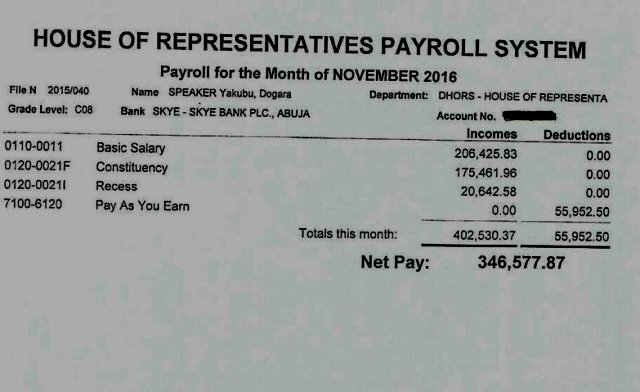 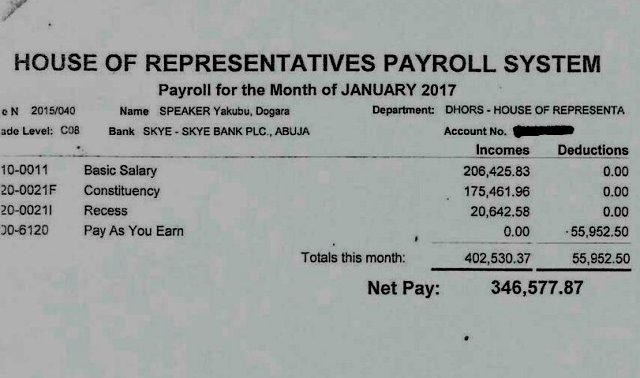 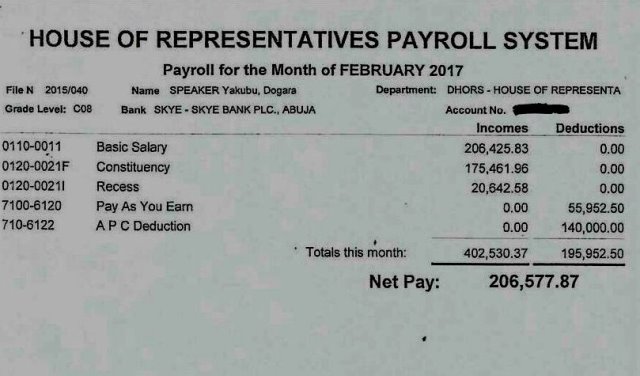 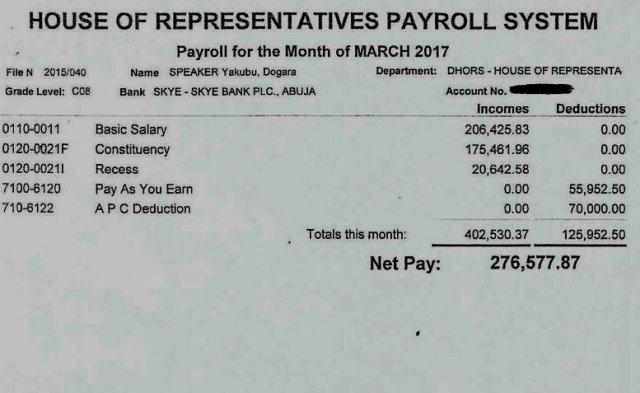 The House spokesman also noted that the National Assembly is an arm of government, and not a department in the Executive arm. He noted, however, that some departments and agencies in the Executive have higher budgets than that of the legislature.

Namdas said that in as much as the National Assembly has voluntarily agreed to publish its Budget from 2017, “what happens to 98% of the National Budget should engage our attention too.”

“We are sure that if 10% of the public scrutiny National Assembly receives is also devoted to those spending the other 98%, Nigeria would be better for it,” he said.

The statement also denied that the National Assembly Budget is opaque, explaining that since 2010 when the Constitution was amended and National Assembly was placed on the first line charge, its budget became part of Statutory Transfers, together with the Judiciary, INEC and others which cannot be found in the National Budget.

Namdas further stated: “The Kaduna State Governor chose to give headings of its budget on security related matters.

“Maybe he will give further details of actual security expenditures at the appropriate time.

“We note that what Malam El-rufai published was the security budget of Kaduna state and not his security vote expenditure as such.

“We wish to advise the Kaduna State Governor, Mallam Nasir El-Rufai to concentrate his efforts in governing Kaduna State and stop undermining and distracting the National Assembly in playing its constitutionally assigned role in nation building.

“These attacks are coming on the heels of his now famous letter to Mr. President, Muhammadu Buhari, GCFR, where he made strenuous effort to undermine his government, by openly lampooning him when he has unhindered access to His Excellency, Mr. President.

“As a senior citizen, he has a responsibility not to unnecessarily overheat the polity with tendentious and unfounded allegations,” the statement ended.