TABLE: Presidency says Buhari has picked more appointees from Osinbajo’s state than his

President Muhammadu Buhari has appointed more persons into top government offices, from Ogun State, where Vice President Yemi Osinbajo hails from, than from his own state, Katsina.

This was revealed by Femi Adesina, Special Assistant to Buhari on Media and Publicity, who released a list containing the names of all presidential appointees since Buhari assumed office in 2015.

Adesina released the list in response to a report by BusinessDay, which claimed that 81 out of the 100 persons appointed by Buhari are from the northern region of the country.

The list showed that the total number of appointees by Buhari is 159 and not 100 as claimed in the report.

However, when ICIR scrutinised the list, it was discovered that it actually contains 157 names as there was no column for numbers 118 and 151.

“To claim, suggest or attempt to insinuate that the President’s appointments are tilted in favour of a section of the country is simply untrue and certainly uncharitable,” Adesina said.

“From all records, majority of the President’s appointees across different portfolios are not from the North, as the publication erroneously alleged.”

The list released by Adesina showed that Ogun state has 21 appointees, the highest. Imo and Kano States have 15 each, while Edo and Katsina have 14 each.

Akwa-Ibom, Ekiti, Enugu, Oyo, Sokoto and Zamfara States have four appointees each, Kebbi has three, while Abia and Ebonyi has two each.

There is no appointee from the Federal Capital Territory, Abuja.

Adesina identified the appointees that were not mentioned in the report by BusinessDay in red letters. 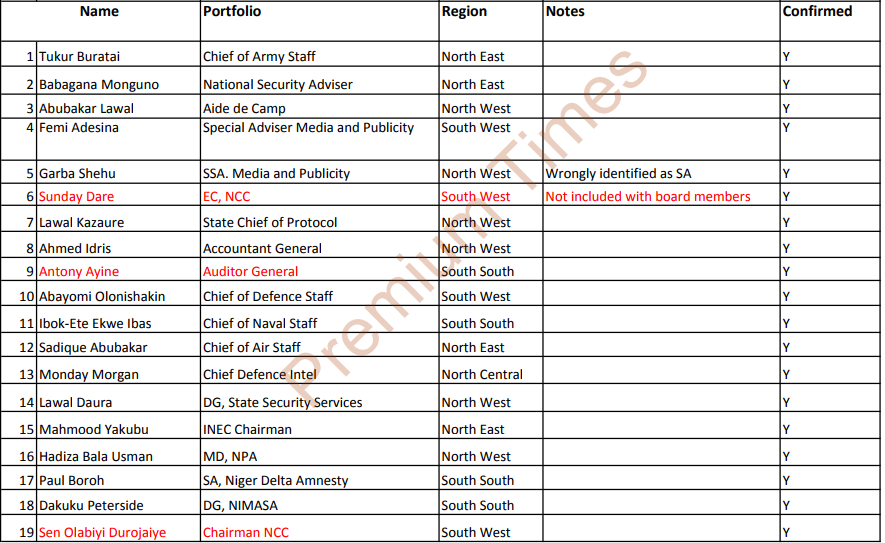 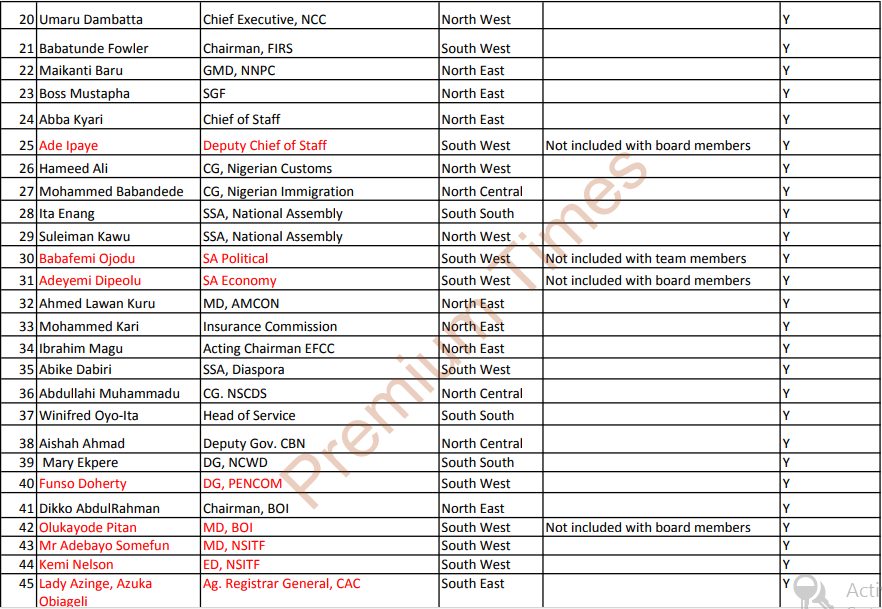 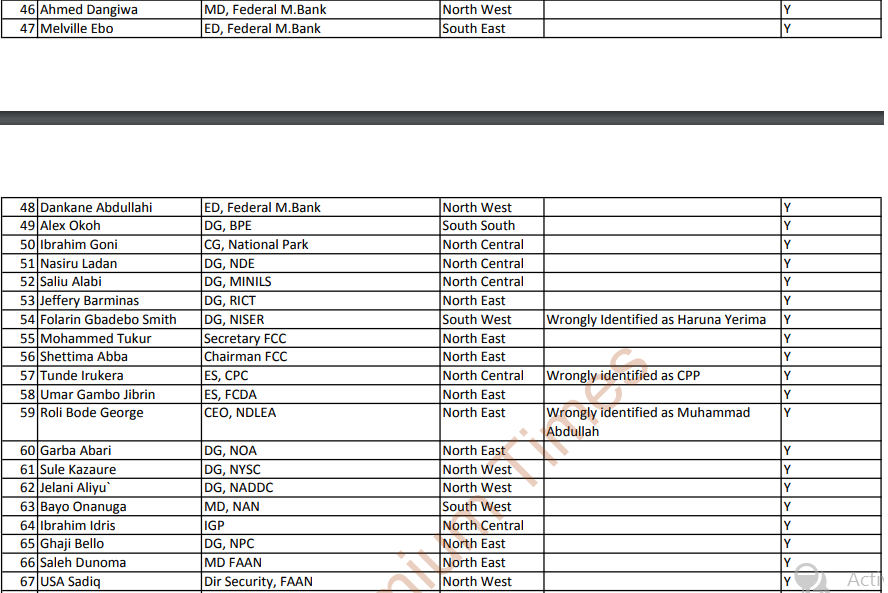 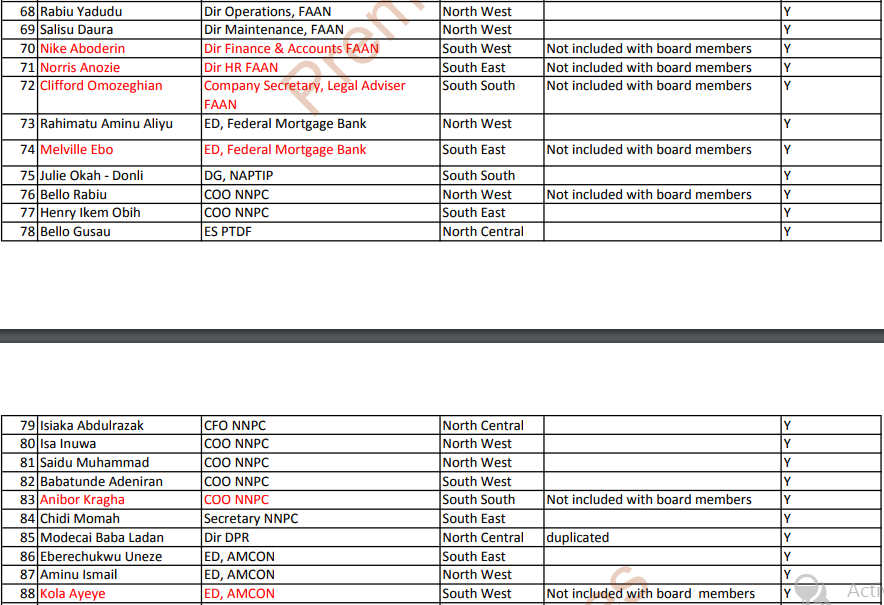 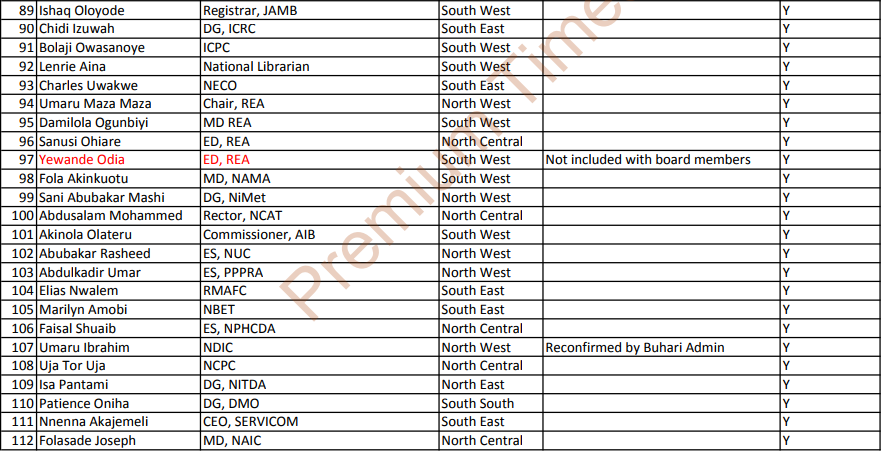 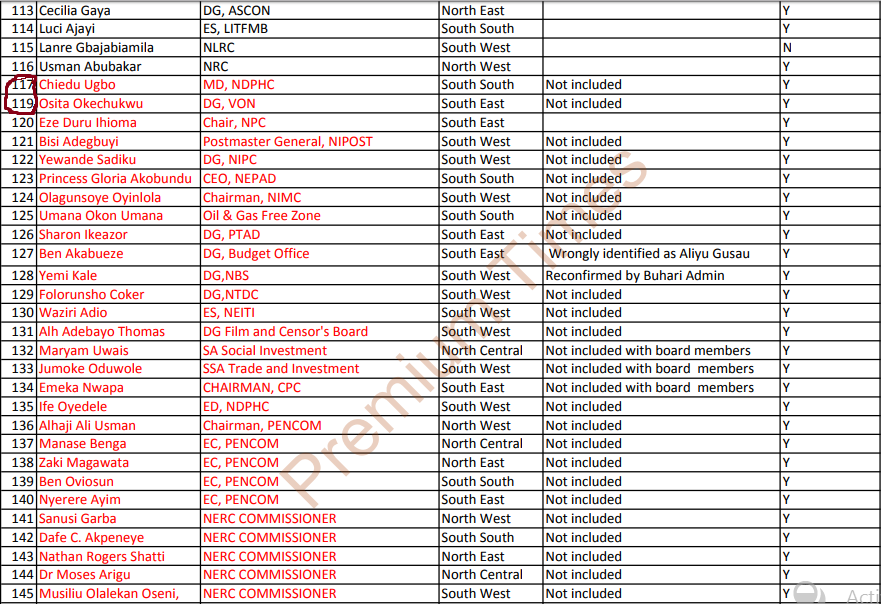