Tension As Airmen Beat Man To Death In Maiduguri 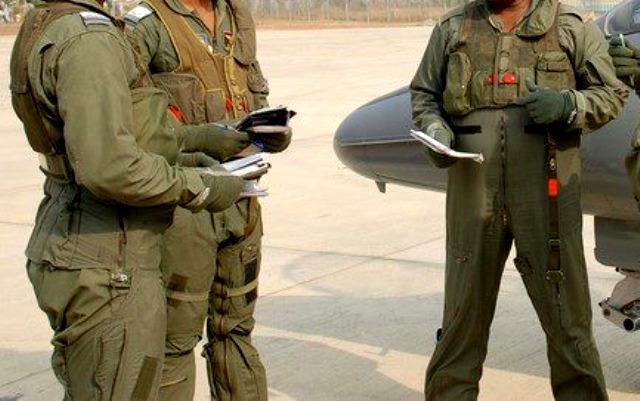 There was tension in Maiduguri, the capital of Borno State when a sixty year old man, Ibrahim Bulama, was allegedly beaten to death by two men of the Nigerian Air Force during an alleged dispute over a prostitute at a red light zone of Maiduguri.

Residents of the town, who spoke to newsmen on the condition of anonymity narrated that one of the AirForce men had a disagreement with the old man at the red light zone.

According to the sources, some youths in the area came to the help of the deceased and beat up the airman, who subsequently went to reinforce, bringing another colleague of his.

The two airmen then engaged the old man, beating him to a pulp and he later lost his life.

However, briefing journalists on the incident on Thursday in his office, the 105 Composite Commander, Charles Ohwo, an Air Commodore, said that Preliminary investigation revealed that “on Wednesday 7th December 2016, an airman, Lance Corporal Kamal Usman left his duty post at about 10pm, and on his way home, came across some gathering in Okona Hotel, and in an attempt to find out what was wrong, the crowd got scared and took to their heels.”

Ohwo narrated that Usman decided to check the surroundings to find out what scared the crowd, and on entering one of the rooms, he found a woman lying on a bed.

“Unfortunately, the deceased old man, Bulama mobilized some people and came back to the hotel and attacked him from the back with matchets, inflicting serious injuries on his head and snatched his rifle,” the air commander told newsmen.

“On sensing danger, the Lance Corporal left and mobilized his fellow colleague for assistance. Upon arrival at the scene, they descended on the old man, and beat him to death in the process of recovering their rifle.

“The airman is now recuperating at the airforce medical facility in Maiduguri, while his colleague who was involved in the incident have been detained pending further investigation”. Ohwo said.

He appealed to the people to be calm while investigation continues adding that the case would be thoroughly investigated, and whoever is found guilty will be punished accordingly.

“The Nigerian Air Force is a credible organization which does not want its name to be dragged into mud,” Owho maintained.

When journalists visited the Air Force hospital, the injured airman, who was handcuffed to the hospital bed, was seen with various cuts on his head.