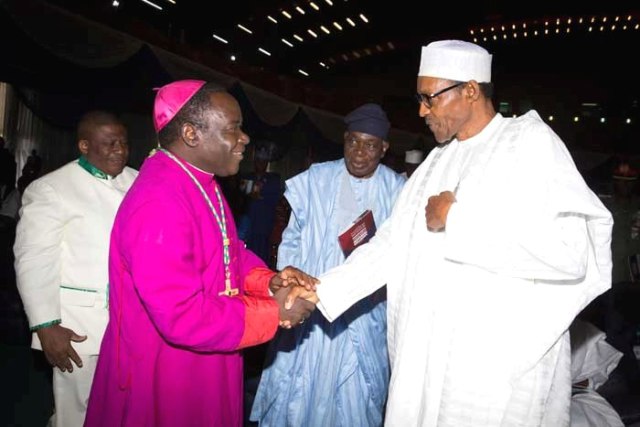 Matthew Kukah, outspoken Bishop of Catholic Diocese of Sokoto, says some All Progressives Congress (APC) chieftains are the same people that President Muhammadu Buhari sent to jail during his time as Military Head of State in 1984.

Kukah said it is only in Nigeria, where the citizens suffer from “collective amnesia”, that such a thing could be possible.

Describing Buhari as “a man I have tremendous respect for” even though he had not been close to him, Kukah said that his only problem with Buhari is the President’s belief that corruption is all about stealing money.

“My worry is that President Buhari thought, and probably still thinks, corruption is stealing money, and the people stealing money are largely bureaucrats or government officials, which was what happened in 1984,” Kukah said in an interview with online-based Gatefield TV.

“Buhari simply went around and arrested all the people who were holding government offices.

“The only thing we feel very sad about Nigeria is our collective amnesia. There are people who are key kingpins in APC today who were sentenced to various years of imprisonment by Buhari in 1984, some up to 100 years.

“But since this is Nigeria, many of them have finished serving their 100-year jail term. They have come back, joined APC and are active members of the party.”

Kukah implied that it was funds from such corrupt individuals that aided Buhari in winning the 2015 presidential election.

“Buhari was not brought into power by angels. We know the nature of the vehicle that would bring anybody to the presidency of Nigeria,” he said.

On the State of the nation, Kukah said that not even Buhari or any of his cabinet members can sincerely express happiness at the way things are currently in the country.

“In most part of northern Nigeria for example where children are stunting, when those children turn 30, 40 and they become part of your workforce, their capacity to interpret data or grasp the urgency of development is severely constrained.

“For me, these are some of the issues and that is why I say Buhari himself is not happy… except a few ministers, but even the ministers themselves are unhappy because they didn’t imagine that they would be going through the difficulty that they are going through.

“If I ask you to point at one department of government that is so upbeat about what people have achieved, I think it will be hard to find out any.

“We must get our people to a point in which they appreciate when the value of their life is depreciating. And that is what is happening to us now.”

DFID says $32bn lost to corruption during the Jonathan years

Falana: Nigeria cannot afford to scrap SARS, it is NOT possible