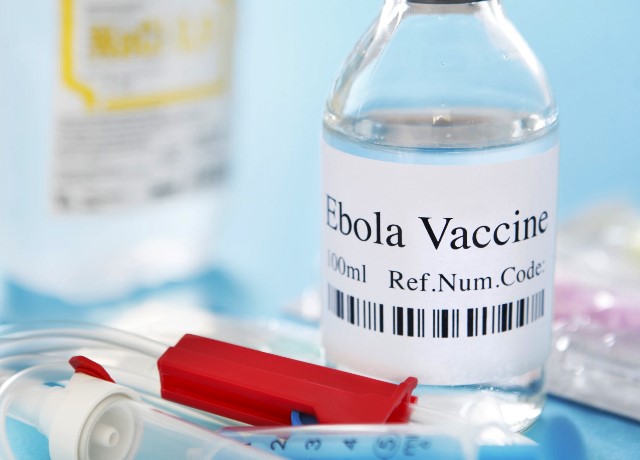 The World Health Organization, W.H.O, has said that a highly effective vaccine that guards against the deadly Ebola virus could be available by 2018.

According to the health body, trials conducted in Guinea, one of the West African countries most affected by an outbreak of Ebola that ended this year, show it offers 100% protection.

The vaccine is now being fast-tracked for regulatory approval.

Its manufacturer, Merck, has made 300,000 doses of the ‘rVSV-ZEBOV’ vaccine available for use should Ebola strike.

GAVI, the global vaccine alliance, provided $5 million for the stockpile.

Results published in The Lancet medical journal show that out of nearly 6,000 people receiving the vaccine, all were free of the virus 10 days later.

In a group of the same size not vaccinated, 23 later developed Ebola.

Only one person who was vaccinated had a serious side effect that the researchers think was caused by the jab. This was a very high temperature and the patient recovered fully.

It is not known how well the vaccine might work in children since this was not tested in the trial.

“Had a vaccine been available earlier in the Ebola epidemic, thousands of lives might have been saved,” Farrar said.

“We have to get ahead of the curve and make promising diagnostics, drugs and vaccines for diseases we know could be a threat in the future.”

The trial was led by the W.H.O in conjuction with Guinea’s health ministry and international groups.

“While these compelling results come too late for those who lost their lives during West Africa’s Ebola epidemic, they show that when the next Ebola outbreak hits, we will not be defenceless,” Kieny said.

Other drug companies are developing different Ebola vaccines that could be used in the future too.

The Ebola virus was first identified in 1976 but the recent outbreak in West Africa, which killed more than 11,000 people, highlighted the need for a vaccine.

The outbreak began in Guinea in 2013 and spread to Liberia and Sierra Leone.